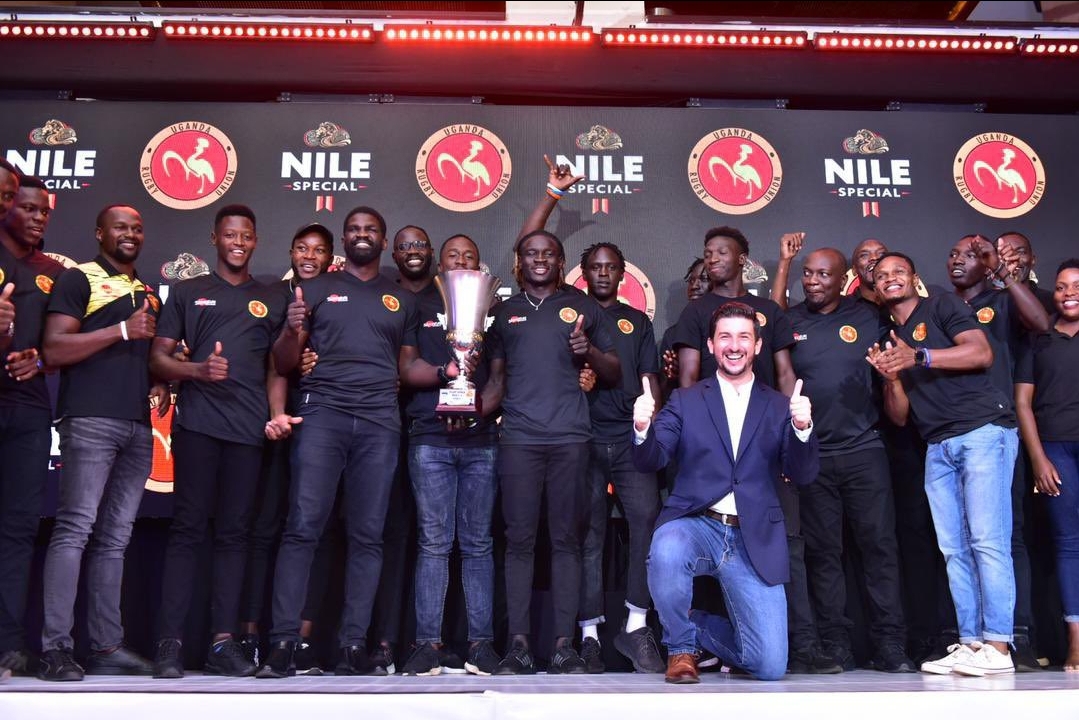 Nile Special has committed UGX9.8 Billion Shillings towards rugby in Uganda in a deal running for a period of 3-4 years.

This development was confirmed on Thursday by the Nile Breweries Managing Director David Valencia at the Rugby Cranes 7s teams’ appreciation dinner at Kabira Country Club in Bukoto, Kampala.

At the same dinner, both the men and women’s teams were rewarded with UGX58M and UGX10M respectively following their engagements at the Africa Men’s and Women’s 7s respectively. The men emerged champions in Kampala while the ladies finished fourth in Jammel.

“Our partnership with Uganda Rugby has been a journey, not a destination. The difference is that a person that sets out to enjoy the journey will take pleasure in everything along the way, unlike one that simply cannot wait to get to the destination. But like all journeys, this too has had its fair share of bumps. Yet they fade in comparison to the highs we have experienced over the years most recently the Rugby Cranes 7s triumph ensuring World Cup qualification in September this year, in South Africa,” Nile Breweries’ David Valencia said.

Depending on the level of the partnership, Nile Special will take on either the title sponsor or the beverage sponsor role for the various properties it has committed to support for the respective number of years.

Uganda Rugby Union (URU) President, Godwin Kayangwe expressed his delight in the latest development in the game adding that such partnerships will enable national sides attain glory at bigger stages.

“Apart from qualifying for the World Cup and Commonwealth Games, the men’s 7s team also qualified for the Challenger Series which is a pathway to the HSBC Series. With support from Nile Special and like-minded partners, I believe the team will go all the way up in all these events,” Kayangwe said.

Men’s 7s skipper Michael Wokorach is happy to return to the World Cup and Commonwealth Games. He now calls upon potential sponsors to emulate Nile Special by supporting the oval shaped ball game.