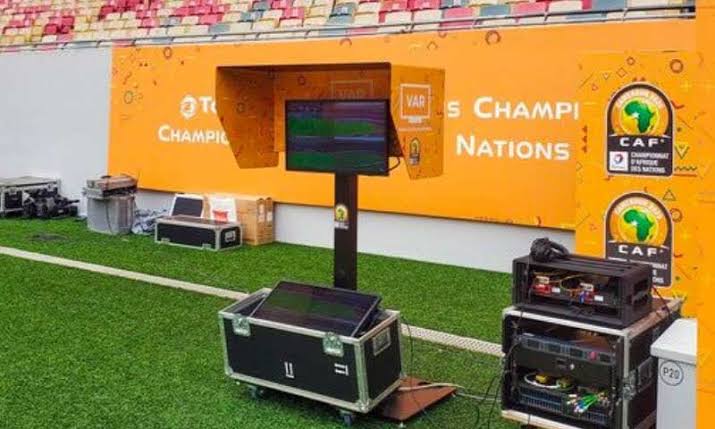 It was shock to the world when rioting Nigerian fans took it to another level by stealing FIFA’S VAR Machine early this week as Nigeria was playing Ghana in the 2022 world cup playoffs in which Ghana won the game against Nigeria after their country failed to qualify for the world’s biggest football global tournament in Qatar this year.

FIFA and CAF are set to announce a series of sanctions on the Nigeria FA after a series of development following their loss to Ghana in the crucial encounter.

The VAR machine that had severed Ghana and Nigeria in both legs was stolen in Abuja after the match on Tuesday March 29th, 2022.

It’s said the VAR Machine deployed in the match was stolen while Ghanaians had to change their Ghanaian jerseys and paraphernalia to avoid being attacked.

There was a stampede and rioting after Ghana qualified ahead of Nigeria in the second leg match held at Abuja in Nigeria. Most of the vociferous crowd in Abuja had expected Nigeria to qualify for the World Cup after the first leg of their playoff ended 0-0 in Ghana on Friday.

But Ghana pipped Nigeria with a low shot from Arsenal gaffer Thomas Partey to give the Black Stars a sweet lead that was soon canceled out after Ademola Lookman was fouled in the box by Denis Odoi.

It took VAR to call the centre referee’s attention to the monitor to give the penalty.

Captain William Troost-Ekong stepped up and sent Joseph Wollacott the wrong way. It was a liftoff for the capacity stadium that had come to cheer the Eagles to Qatar.