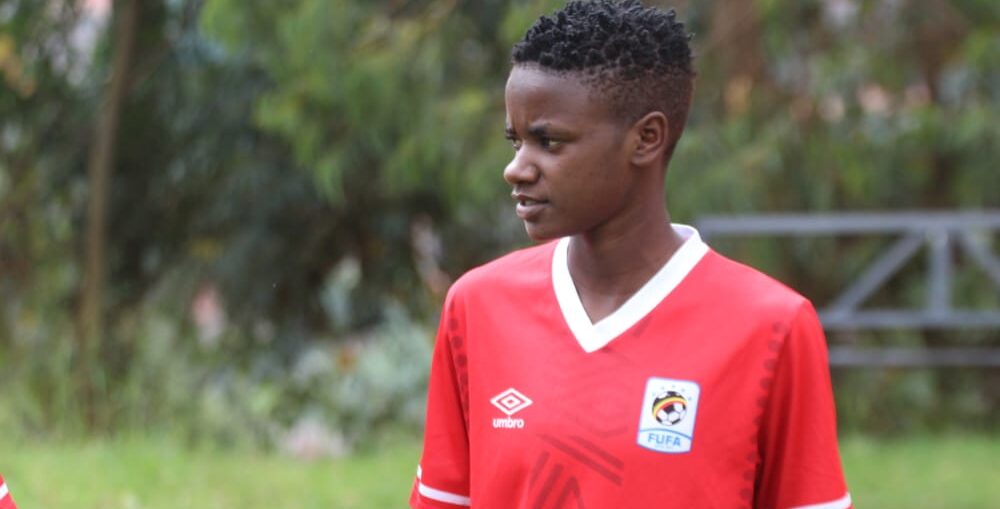 Nalukenge Aims To Score Many Goals For Crested Cranes

Uganda will host the 2022 CECAFA Women’s Championship at FUFA Technical Centre, Njeru between 1st-11th June and this will act as a precursor for the 2022 Women Africa Cup of Nations slated for 2nd -23rd July in Morocco.

Nalukenge who had a Loan stint at Chrysomolia FC from Apollon Ladies FC in Cyprus indicates she wants to work hard and help the team attain success at the forthcoming Championships.

“I feel happy to be part of the National Team set up and with two tournaments coming up, I can only promise to help the team achieve the set targets.” She said after training with the team on Monday at FUFA Technical Centre, Njeru.

The lethal forward believes with hard work, she will be able to make the final squad many goals.

“As a striker my first role is to score and my target if is to score as many goals as possible. I want to help my team win and maybe emerge as a top scorer.” Nalukenge indicated.

Nalukenge also shared her experience of playing abroad and what it means in her career.

“I’m really delighted that in my first season abroad, I was able to play well despite being on loan at Chrysomolia FC. I ended the season as the club top scorer with seven goals and this helped me earn a three-year contract at my parent club Apollon Ladies FC. I believe this will motivate me to even get better next season.”

Uganda is in group A at the CECAFA Women’s Championship alongside Rwanda, Burundi and Djibouti.

The team is currently in camp at FUFA Technical Centre, Njeru under the stewardship of coach George Lutalo.(UFA media)

Parents Advised To Invest In Educating Their Children…