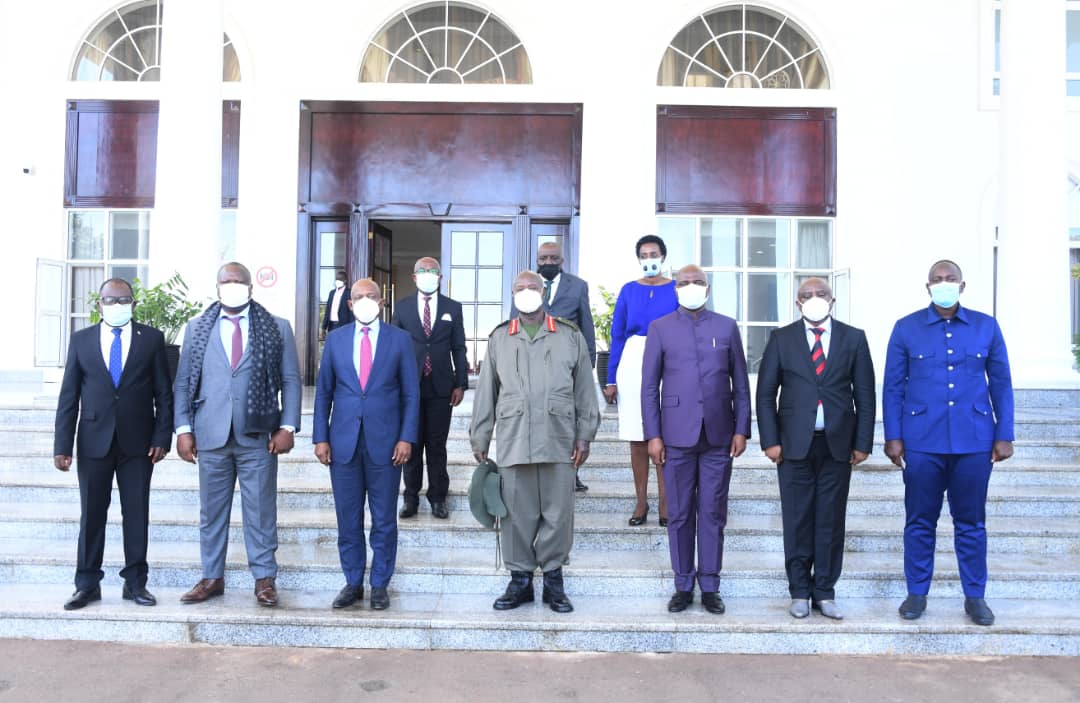 The message was delivered by a Congolese delegation led by the Senior Minister of Works Hon. Alexis Gisaro Muvunyi. Others on the delegation were; Maj. Gen Ntumba Frank Buamunda, Special Presidential Adviser on Military Affairs and Lt. Gen. Rwuibasira Obed Ruyumba, Chief of Staff in charge of Operations.

In the message, President Tshisekedi  seeks guidance from his Ugandan counterpart President Museveni on how best they can handle the crisis in Congo.

Addressing the Congolese Delegation, President Yoweri Kaguta Museveni thanked President Tshisekedi for sending him a high-level delegation to talk about peace in Congo, and the Great Lakes Region at large. “If you want to fight and win, you must fight a just war” President Museveni said; making references to the wars he has been fighting in the last 50 years in Uganda and in the neighboring countries.

The President advised that the correct way to solve the problem of insecurity in the Congo is to have a cease fire in place, engage the regional leaders and have a dialogue in place with the M23 people so that you listen to their issues.

President Museveni commended his Congolese counterpart President Felix Tshisekedi for his efforts in wanting to stabilize Congo. He thanked him for strengthening bilateral cooperation between Uganda and Congo since he came to office.

Mr. Gisaro said that as of now the M23 is occupying Bunagana. The delegation however stressed that they don’t want arms in the region but they want development. “We are open to negotiations, we accepted regional forces to come, but they (M23) have to show good will” He said.

The Congolese delegation commended the recent strides made between Uganda and The Democratic Republic of Congo, when the two states agreed to have a joint force to flash out ADF, the building of two roads in Congo and starting of direct flights of Uganda Airlines to Congo. The meeting was attended by the Ambassador of Congo to Uganda H.E Ambassador Jean Pierre Massala.