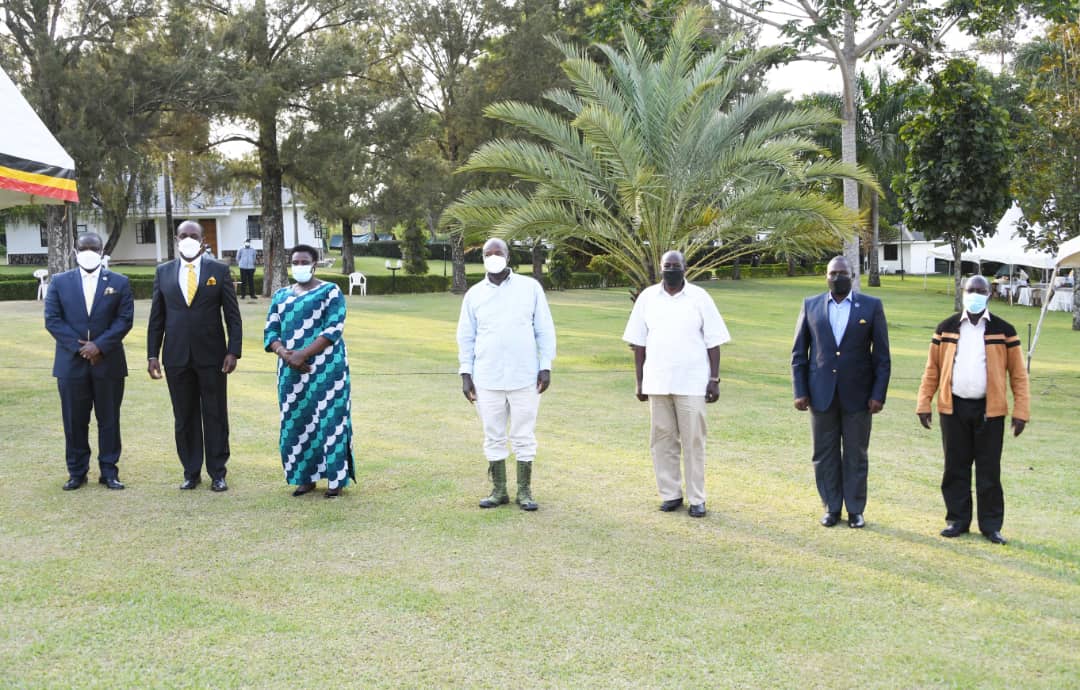 MUSEVENI CALLS FOR UNITY AMONG NRM MEMBERS AHEAD OF BY-ELECTIONS

This meeting that took place in Ntungamo District was also attended by the Vice President, Her Excellency Maj. (Rtd) Jessica Alupo.

The meeting put emphasis on how to unite the NRM members ahead of the forthcoming by-elections and to ensure that candidates are identified in all areas where the by-elections will take place. His Excellency the President cautioned the officials to make sure that candidates are selected without dividing the party and to ensure that the positions are retained.

It was in this meeting thatthe NRM Secretary General introduced Mr. Herbert Ariko Edmond as the NRM flag bearer for Soroti East Division. Mr. Ariko was agreed upon by the NRM leaders in Soroti as candidate in the forthcoming by elections.

The President reminded the officials that the strength of the NRM party is in agreeing on a single position and then working to achieve it as a team.

Hold On To Go For Sexual Activities –…