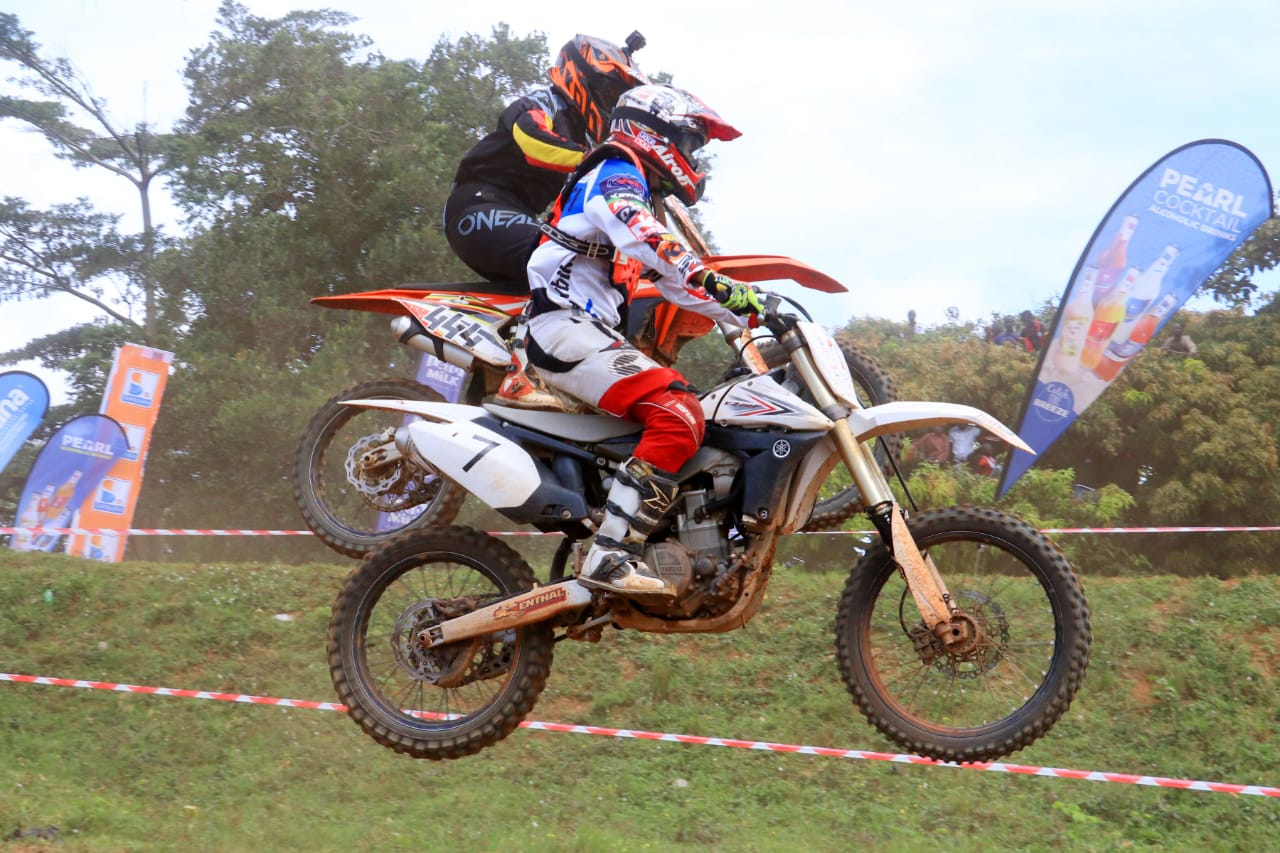 By Our sports reporter

Uganda who played host of the first round of the regional championship at Garuga over the Easter weekend managed to gunner 1245 points, as their counterparts Kenya could only manage to collect 566 points.

Tanzania the other East African country missed out out on final Nations classification, as they are not yet affiliated to FIM.

Uganda who won 2019 championship plans to build on the cushion 679 points at second and final round to be hosted by Kenya in December, to bag yet another silverware.

Living to their billing and didn’t disappoint the big crowds that turned up for the event, were the katende brothers, Miguel and Jonathan who dominated 65CC class with a1-2 position finish.

Uganda dominated all junior classes from 50cc to 85 just as was Mx2, MX1 and Veteran class.

Jerome Mubiru who came second on day one took command of MX85 when he won the last two heats on day two beating Kenya’s Ryan Tiren who had won day one by margin of three points as another Ugandan Mubarak Ssenoga Mayanja finished third overall in same class.

Kenya only got consolation in MX125 when Alex Kandie won it and had Peter Magwa third behind Uganda’s Apollo Milton Akena.

Same as in 125CC, Kenya raised up again in the women class with a 1-2 top finish through their riders Natalie Kandie and Ivan Yongo who gave Ugandans a run for their money and could only afford to settle for third, fourth, fifth and sixth positions.

Tanzania that had a two-man team representation after arriving on race day, and could only participate in two heats managed to have their riders Massoud Seif Khamis and Nassor Said Mohamed finish third and fourth respectively.

Uganda now puts her focus on preparing a formidable team that will represent the country in the continental championship, FIM Motocross of All African Nations set to be held in August at the same venue, Garuga Entebbe.