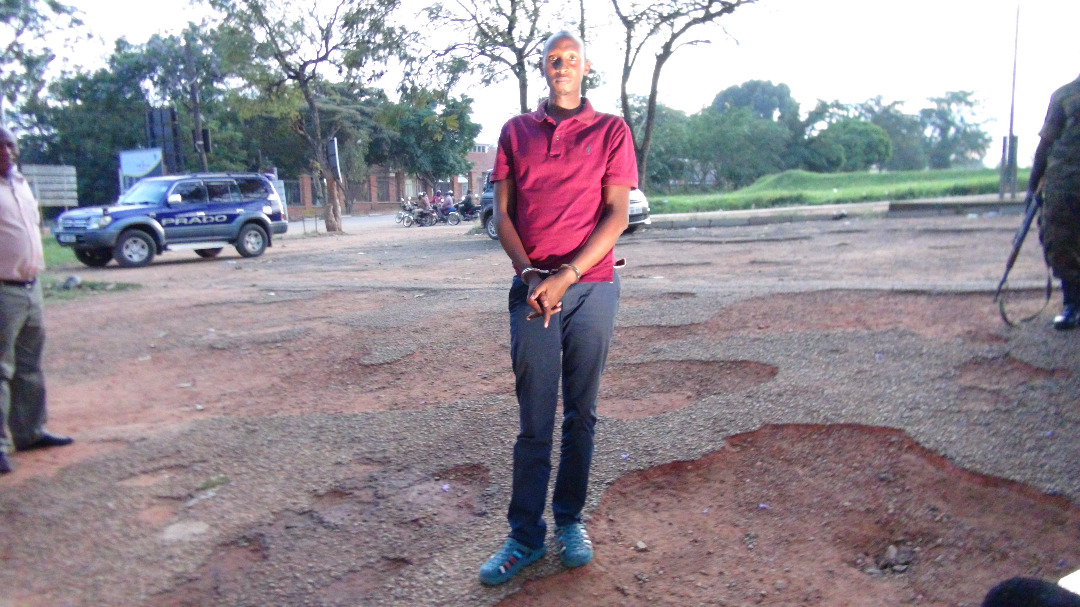 By Our Reporter
WallnetNews/Mbarara-
Emyooga money continue to create more panic among other Mbarara City Officials as the Assistant City Commercial Officer Donat Mutahi has been arrested yesterday Tuesday over embezzlement.
Mutahi the assistant commercial officer Mbarara city was arrested alongside three other members by the Office of Mbarara Resident City Commissioner. He has been on run following last week’s arrest orders by the Resident City Commissioner Mbarara city Lt.col.James Mwesigye and 3 other members of Mbarara city south Division saloon SACCO for embezzling  about ugx.10 million.
While Addressing the media at his office in  Boma,Mbarara city, Aruho Moses the deputy Resident City Commissioner Mbarara city south revealed that Donati Mutaahi together with the principal commercial officer Mbarara city Agaba James who is still at Large connived with Agaspus Taremwa the chairman Mbarara city south Saloon Sacco ,Nagwagye Twaha the secretary of the Sacco and Enid Tinkamanyire the treasurer of the same Sacco to embezzle ugx.30 million where by both commercial officers shared ugx.6.3 million.
Aruho added that the arrest of the trio  came to limelight following a complaint from a one Taremwa a boda boda rider from Mbarara city south who received a loan of UGX.1.4 million from the Sacco and surprisingly the chairman, Secretary and the treasurer of the Sacco told him to pay an interest rate of 4 % Per month on his loan.
According to the  RCC, Donati was  arrested  yesterday from Ntare Gardens one of the happening places in Mbarara city where he had called him to compromise  the president’s representative with a bribe of ugx.10 million to cover up his mess. The RCC arrested Mutaahi  and handed him over to Mbarara Central police station awaiting charges. That the principal Commercial Officer is also being hunted.
Relatedly, it Should be remembered that Mutaahi and his counterpart James Agaba the principal commercial Officer are also locked  in another corruption scandal in Mbarara city south Division where they connived with other three members of Mbarara city south  Carpenters  association to  embezzle 16 million UGX. The duo has been on interdiction which was directed by the minister of Local Government Raphael Magyezi due to central market issues.
Mbarara City received ugx.1.2 billion that was meant to benefit various groups from Mbarara city and the two city divisions.

Bunyonyi Marine Police On Spot Over Extortion Of…