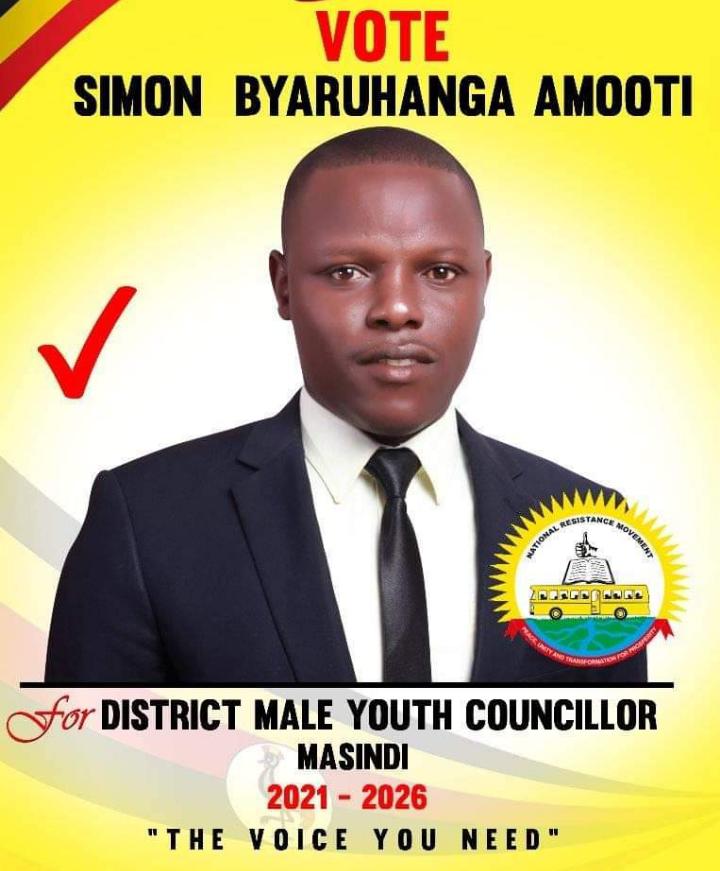 WallnetNews/HOIMA|—A District male Youth councillor in the Masindi District council Hon. Byaruhanga Simon has be suspended from all council meetings.

In a formal suspension letter written by the Clark to council through the office of Speaker stated “You will recall that during the previous Council sitting of 5th April 2022 under minute 53/04/2022/COU/MDLG, your conduct was observed to be contrary to the provisions of the Standard Rules of Procedures.

As a result, the District Council Speaker did suspend you from Council giving you a maximum sentence as per Rule 53 (1) of the Council Rules of Procedures. In accordance with Rule 53 (7), 1 do communicate to you.” the letter stated.

The Clark further added that, drawing member’s attention to Rule 53 (6) of the same rules; “I do state that you shall not be paid for the previous sitting unless an instruction is given to me by the Speaker. You will receive official communication from this office informing you of the date of completion of this suspension.” it explains.

However, Rule 54 of the Council Rules of Procedure gives a Member an option to submit an expression of regret to the Speaker which if approved, the Speaker may discharge the suspension and permit you to resume your seat in Council.