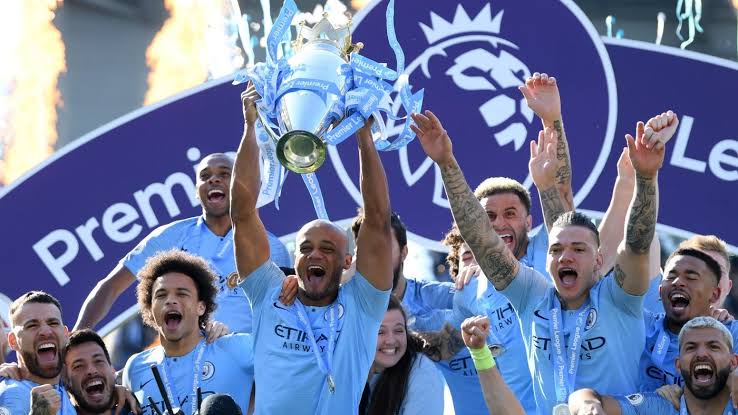 City’s fourth title in five years under Pep Guardiola. City secure Premier League glory to end Liverpool’s Quadruple hopes City, who knew a victory would secure them the title, were 2-0 down to Aston Villa with just 15 minutes remaining, but turned the game around with three goals in five minutes to win 3-2 in thrilling scenes to rival the famous 2012 Premier League title victory.

Liverpool were 3-1 winners against Wolves, but fell short by just a point after a stunning 38-game duel, ending their Quadruple hopes.

City have now won four Premier League titles and eight major trophies under Pep Guardiola since his arrival in the summer of 2016.

Manchester City’s consistency was the difference in the Premier League this season. Liverpool have won more games since the turn of the year but the damage was done before then as points leaked away in defeats away to West Ham and Leicester according to sky sports.