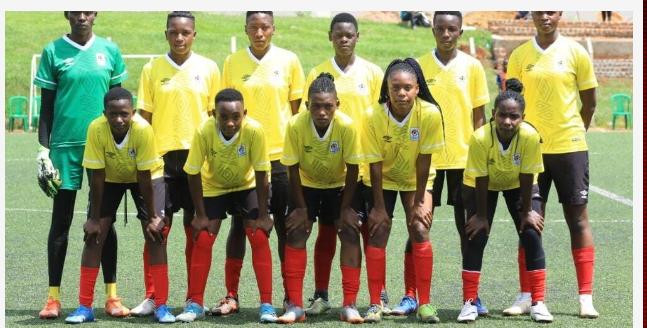 Lutalo has released a final list of 23 players with one day left to start of the regional Championship that will be staged at FUFA Technical Centre, Njeru between 1st -11th June.

Coach Lutalo indicates that the players that have not made the final squad will keep in camp to prepare for Women Africa Cup of Nations.

“I want to say that the players named are ready to compete. We have prepared them both physically and mentally. The players that are on the final list will continue to be with us in camp because we know there is another tournament ahead.” He said.

Shadia Nankya has been named the captain in the absence of Ruth Aturo. Hasifah Nassuna will be the assistant captain.

Nankya expressed the readiness of the team indicating the target is to win the Championship.

“We are ready and cannot wait to get the tournament underway. I believe we are one unit and everyone is committed towards achieving this target.”

The Crested Cranes will begin the tournament against Rwanda on Wednesday before facing Burundi and Djibouti, the other teams in Group A.

Group B has Tanzania, Zanzibar, South Sudan and Ethiopia.

Uganda is using the tournament as part of preparations for the TotalEnergies Women Africa Cup of Nations that will take place in Morocco in July this year.