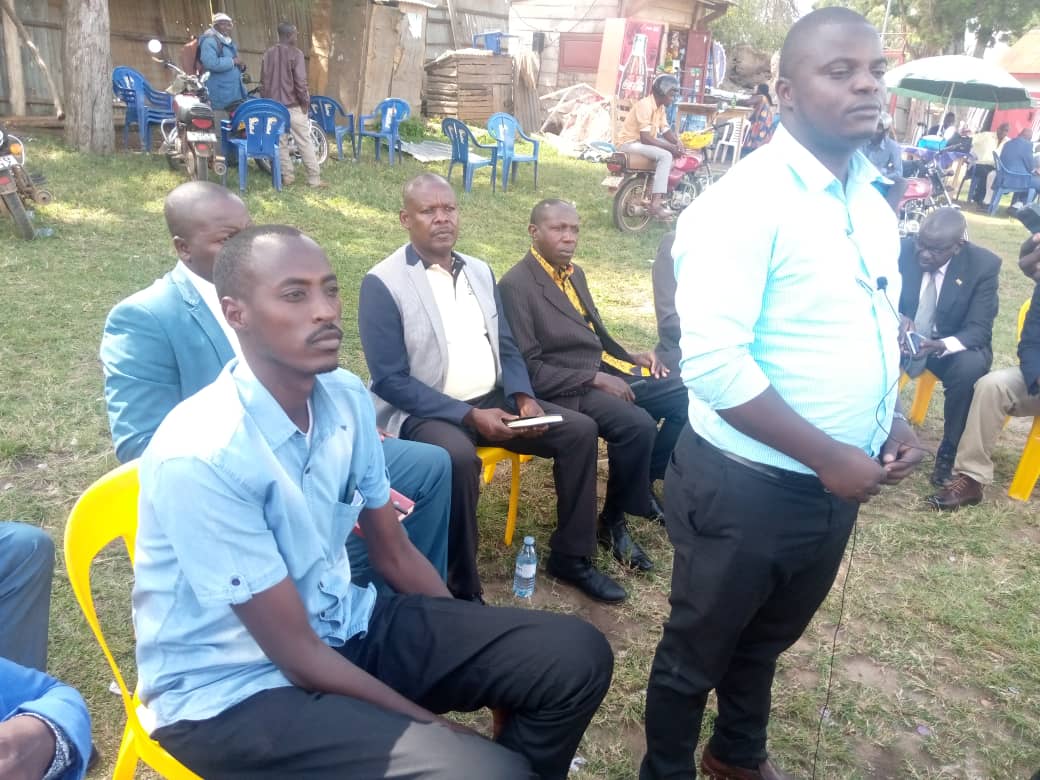 Mbarara: A group of local council leaders from three from greater Ankole region have ganged up against their area MPs for being selfish under which circumstances that they have failed to undertake their roles as Members of Parliament as far as service delivery is concerned.
According to the Chairmen LC3, they have raised their concerns accusing the Central Government for having favored only MPs leaving other lower local governments suffering yet the local council leaders are the ones that are ever on ground for service delivery. These issues were presented during a press briefing conducted by a group of LC3 Chairmen from Ankole who met at Kakyeka Stadium recently. These were led by the Rwanyamahembe LC3 Chairman Patrick Tumuhimbise who is the Interim Chairman for the LC3 Chairmen Greater Ankole region.

Speaking to the journalists Tumuhimbise said that they have issues with their Area MPs who reach in the Parliament and they only mind about themselves, that most of them they no longer stand to represent their electorates. That they just represent themselves and their families neglecting their subordinates and the people they represent.
“We understand that the role of an MP is to do an oversight work, to get back to their areas and meet people to understand what they want, of course as an MP you cannot move to every household asking what each wants, no, there is a structure of Local council leaders, we as sub-county leaders we are the main people who know what challenges our people face because we live with them every day, so if these MPs come to us and inquire from us we would give them the clear things that should be presented in parliament, but surprisingly our MPs here they just go in parliament on self interests” said Tumuhimbise.

“You find these MPs when they go there they want a Shs200m vehicle, they ask for 50m salary, they ask for medical insurance, and other things without considering us the lower local councils who do much services to the public, and yet we are much less paid. We have tried to engage them but they undermine us and some has the mentality that when we get some high raised salary we may grow rich and contest against their positions “he added.
However, Tumuhimbise and his colleagues accused the government for having also neglected them as local councils that they are poorly paid. That as Chairmen LC3 are not happy with the only 300,000= which the government pays them. “We are only paid that little money yet we are the people always at burials, we are always at the weddings, we are everywhere everyday and you expect us to deliver services? And remember the MP only comes in the constituency once in five months. So how do you expect us to work within such situation,” Tumuhimbise questioned.

According to Fred Taremwa chairman Kabingo Town Council in Isingiro said that government should raise their salaries if the government wants its programs implemented.
“Government send and put a lot of money in its programs to the district and to the LC3 but there is no means for LC3 chairmen to follow up these programs because there is no access. If our requests are not responded as soon as possible we shall at one time mobilize ourselves and demonstrate as LC3 Chairmen and we shall not pass our budgets until this government thinks about us. We need salary increase,” said Fred Taremwa.
These chairmen have also set 5th April 2020 for all chairmen LC3 to gather at Kakyeka Stadium for the next meeting on the way forward.