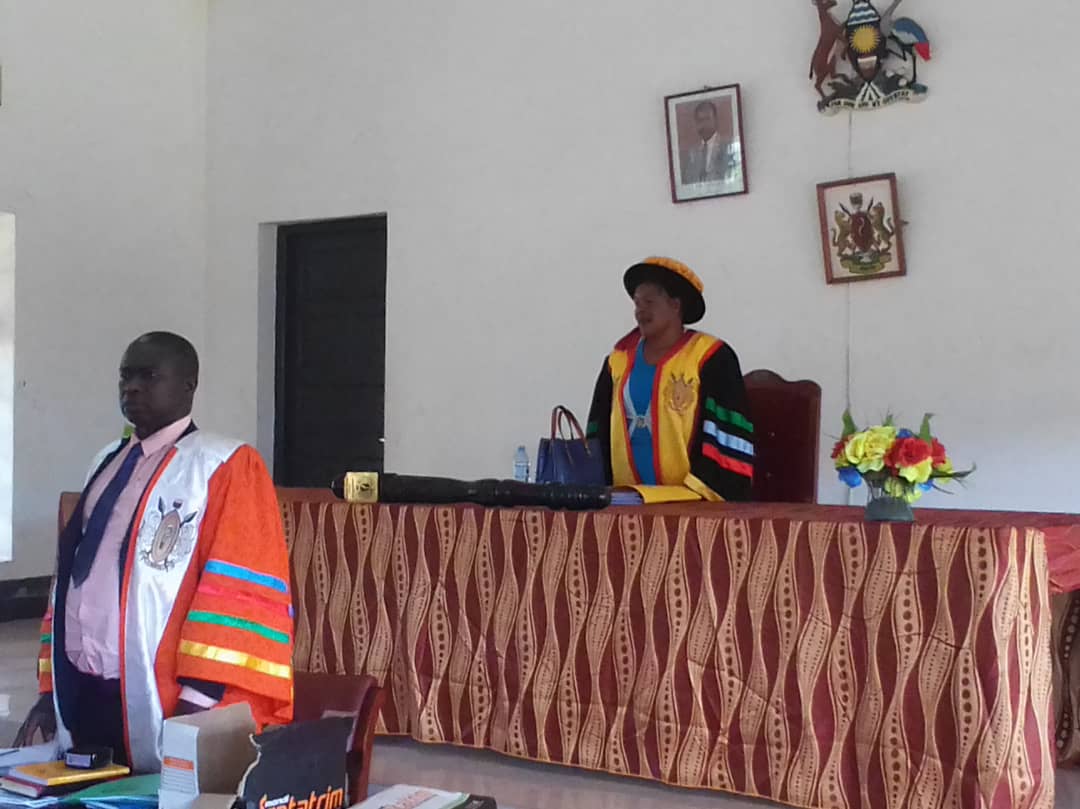 KABALE – Kabale District LC5 chairman Nelson Nshangabasheisha, has called for Peace and harmoney among the councilors. Nshangabasheisha, made these remarks on Thursday after a furious election of a member to represent the district at the Kabale University council went draw.

The council of 34 members had nominated two candidates, March Boaz LcV Councilor representing Ryakarimira town council and Vera Tumuhekyi representing Central and Northern Divisions at the district. All the two got 17 votes, a thing that forced the speaker Mrs. Flavior Kanagyizi to postponed the election until further Notice.

While addressing the Council session, the chairperson Lc5 Kabale District Hon Nelson Nshangabasheija said that, he respects leaders because they are representatives of People. He appealed to the two to respect each other and always seek advice from colleagues.

Nshangabasheija said the election should not divide the council as they have one aim of ensuring development and service delivery to the people they represent.