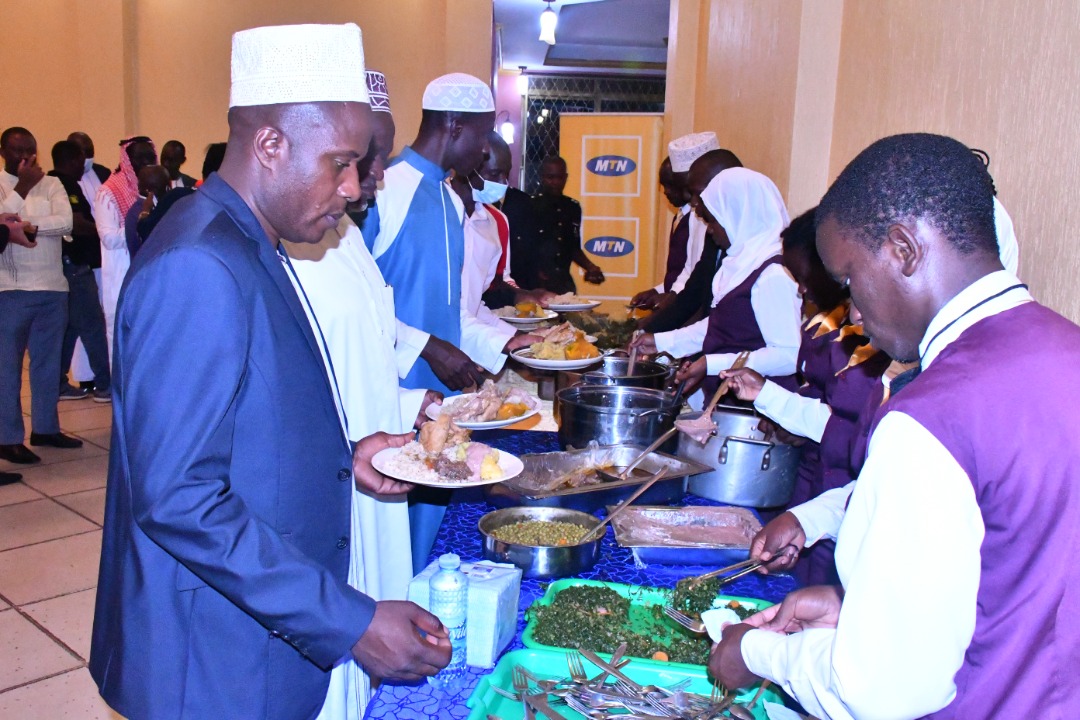 By Evans Najuna
JINJA CITY — Kyabazinga of Busoga His Majesty William Gabula Nadiope IV on Friday this week,  hosted Muslims to an Iftar dinner at Igenge Palace in Jinja City as part of the events organised in the holy month of Ramathan.
The Kyabazinga was welcomed at the Palace by Busoga Kingdom Prime Minister Owek. Dr. Muvawala Joseph Nsekere who was accompanied by his first deputy Prof. Dr. Lubega Muhamadi Kisambira, and second deputy Owek. Osman Ahmed Noor. The dinner was sponsored by giant Telecommunications company, MTN Uganda LTD.
Addressing the gathering at the Igenge Palace, His Majesty William Gabula Nadiope IV, urged Muslims to continue praying for Allah’s guidance while in the fasting period if they are to enter Janna.
The Kyabazinga urged Muslims to continue promoting unity and love among Ugandans irrespective of their different faiths and political ideologies.
He said hosting Muslims to Iftar was a gesture of goodwill towards the Muslim community.
The Kyabazinga said that during the period of Ramathan, Muslims use that time to forgive, unite and appreciate Allah for what he has done for them.
In his message, the Katukiro (premier), Owek. Dr. Muvawala Joseph, urged Muslims to continue praying for Uganda, Busoga and the Kyabazinga so that they overcome the challenges facing them.
OBB’s second deputy premier Owek. Osman Ahmed Noor applauded the Kyabazinga for the good gesture towards the Muslims and prayed to Allah to reward him abundantly.
He thanked the Kyabazinga for hosting the Muslims at Iftar at his Igenge Palace and MTN Uganda for sponsoring the dinner including other OBB development programs. 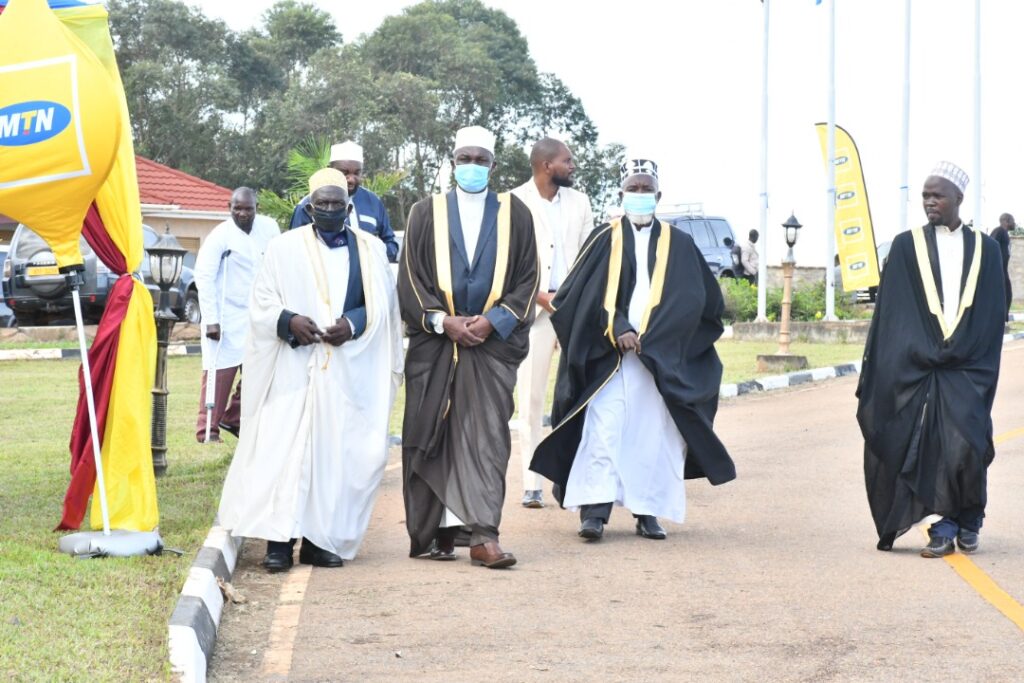 He thanked other sponsors like MMP RAJA FOUNDATION, HUAWEI, UNIVERSITY OF EAST AFRICA, BANK OF AFRICA for the continued support to other OBB programs.
Owek. Osman further appreciated the organizing committee of the event led by Chairman of Busoga Royal Concepts Ltd Prof. Waiswa Balunywa, Chairman Isa Matovu, Owek. Yudaya Babirye, Julius Kalugu and Bayat among others
Owek. Osman asked Muslims to continue supporting development programs initiated by the Kyabazinga in OBB.
The deputy Mufti of Uganda Sheikh Muhammad Ali Waiswa said appreciated the Kyabazinga for hosting Muslims adding that under his reign, they have realized unity, friendship, love and respect among Muslims.
Sheikh Waiswa also revealed that the Mufti of Uganda Sheikh Shaban Mubajje donated a gift to the Kyabazinga.
MTN’s Andrew Tusubira Ngobi revealed that MTN will continue sponsoring and funding OBB activities geared at developing the Kyabazinga subjects and Busoga sub region at large.
He said MTN will continue strengthening the partnership with the OBB institution. He later handed over gift hampers to OBB’s Katukiro Dr. Muvawala who later gave them to Muslim leaders for distribution to Muslims.
The function was attended by Royal Chiefs from the 11 Chiefdoms of Busoga led by Issabalangira Prince Samuel Zirabamuzale Menhya of Bugweri, OBB Ministers, and Investors from Netherlands, Regional Kadhi Hussein Bowa, district Kadhis’ and Commissioners from various Ministries, Members of Parliament, RDCs and other invited guests.

Unprotected Environment is the Number one Security Threat…