There were shocks and surprises at the 2022 Federation of East Africa Secondary Schools Sports Association (FEASSSA) games held in Arusha, Tanzania.

Returning after a two-year break following the Covid-19 pandemic, the showpiece christened the mini Olympics lived up to its billing as over 2000 students from Uganda, Rwanda, Kenya and Tanzania converged to battle for top honours in various sports disciplines. The highlight of this year’s championship was when the President of the International Schools Sports Federation (ISF) Laurent Petrynka graced the games.

Petrynka was impressed with the games saying it was the biggest and not even ISF events could match the East Africa games. He added that ISF will consider having a tournament for East Africa students as well as the region hosting some ISF events.

“I’m impressed with the organization of the games and the high number of students participating in the games, no ISF event has ever been this big,” he said.

Uganda dominated the regional showpiece to retain the overall trophy they had won in 2019 at the same venue with 41 medals 18 gold, 10 silver and 13 bronze.

“Our schools did well, no matter we had some shocks with Schools like record holder St Mary’s Secondary –Kitende beaten by Highway of Kenya at Semi – finals but managed to win the bronze medal beating rivals Buddo secondary 1-0 at TGT grounds, Standard High School in Volleyball boys, Kawnada secondary and Dynamic in Handball both boys and girls final against Rwanda school settling for Silver medal, but I have faith next year it will be different story, We have very many talented players and I believe that they will excel in next year’s games,” said Mugisha.

He added that Schools like Kitende, Stahiza, Dynamic, Kawanda and Makerere College School who also settled for bronze in rugby 15s will now focus on the 2023 games to be held in Bujumbura, Burundi with Rwanda being a standby host.

Amus college school from Teso region, Buremba Secondary School and Hilton High school were the surprise package of the tournament as they made it to a good finish on their debut.

Bishop Muhiirwa Rallies the Youth to Respect the… 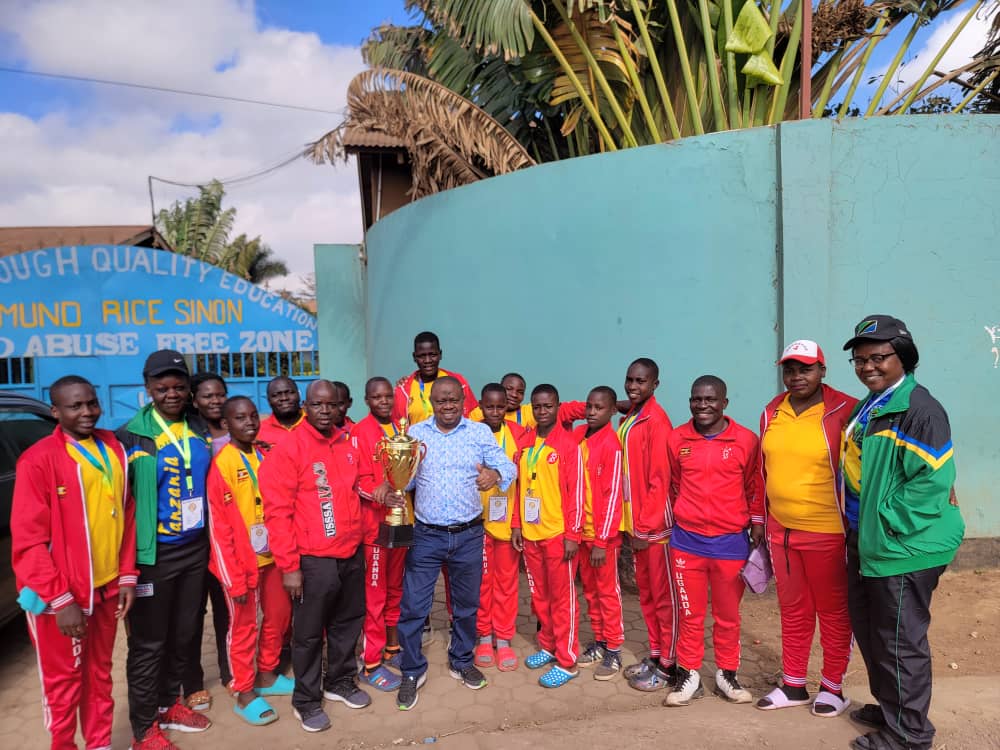 By Emmanuel Sekago With fewer sports infrastructures in the country, Uganda still proved to the rest of the east Africa community…