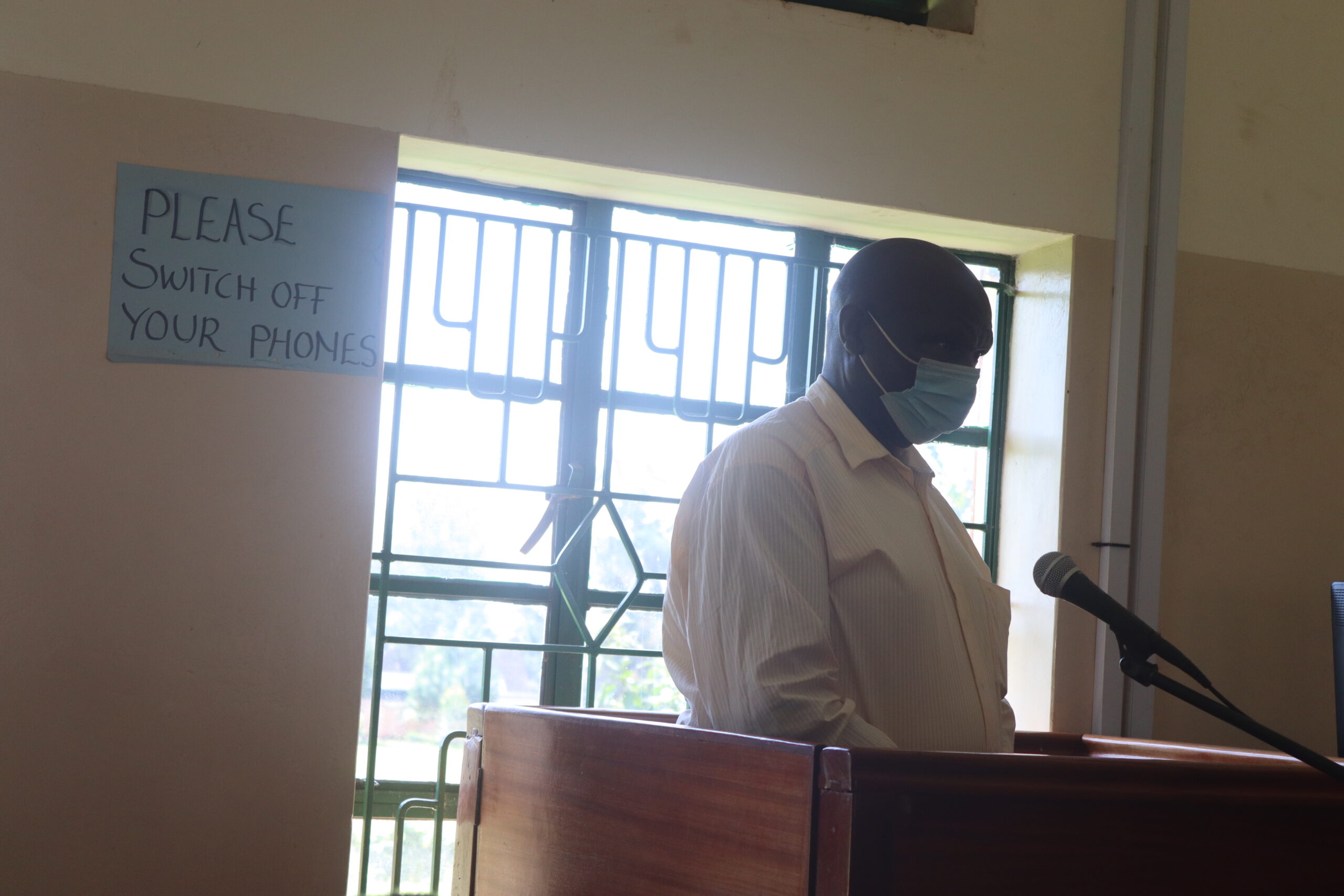 By Libino Byamukama
The Kabale Chief Magistrate Derrick Byaruhanga has declined to release the jailed Kisoro District NRM party Vice Chairperson Ramadhan Ndikuyeze  on bail.
Ndikuyeze, who doubles as the LCIII chairperson for Central Division in Kisoro Municipality is being charged with aggravated trafficking of persons.
Prosecution led by Edwin Amanya told court that Ndikuyeze, 50 years being a public officer, between the months of September 2021 and November 2022 in the districts of Kisoro and Kabale, recruited or received or harboured one Sarah Mbabazi by means of abuse of power or position of vulnerability for the purpose of sexual exploitation.
Aggravated trafficking is an offence contrary to sections 4 (1) (a) and 4 (g) of the prevention of trafficking in persons Act of 2009, in the laws of the Republic of Uganda.
Amanya told court that they are finalizing inquiries in the case as of now and that they are unable to start hearing the case because the key witness is still undergoing witness protection and psychosocial support in Kampala.
He added that the case file was recalled back by the Assistant Director of Public Prosecutions and Coordinator Human Trafficking Cases in Office of DPP Rachael Bikhole after the second appearance.
He asked court that the case be adjourned for two weeks as they prepare for disclosure of their evidence.
Ndikuyeze, through his lawyer Rebecca Ayesiga of Beitwenda and company advocates asked court to be granted bail saying that bail is a constitutional right for every citizen of Uganda, and that he deserved his freedom having been jailed since September 29th 2022.
But His Worship Byaruhanga in his ruling on the bail application said that on the mere reason that the witness is on psychosocial support and the file is still with the DPP it’s hard to hear the bail application.
He therefore remanded the suspect back to Ndorwa government prisons until October 25th 2022 when he will reappear in court for  hearing of the case and bail application