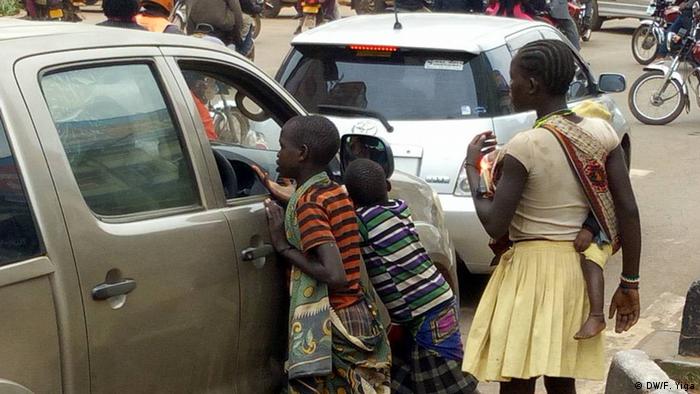 On Wednesday April 20, Kampala City Council Authority undertook an operation to rescue children from the streets of Kampala.

During the operation, 194 children mainly from Karamoja sub-region were picked from Wandegeya, Kabalagala and Jinja road, and transported to Kobulin Youth Skills Center in Napak district for counseling and rehabilitation. They will be later reunited with their families.

Speaking to the media on Friday from the government media center in Kampala, the State Minister for Kampala, Hon. Kabuye Kyofatogabye reiterated the call to the members of the public to stop giving money to these children as he added: “I urge all kind hearted Ugandans to think twice about giving money directly to the begging children. That coin or note you give is what keeps the child on the street to the benefit of the trafficker who rides on sympathy and to the detriment of the child.”

Kobulin is a government rehabilitation center overseen by the Ministry of Gender labour and social development, and the objective of the center is to provide skills and empower marginalized young people to improve on their livelihoods. The center mainly serves the Karamoja sub-region in north-eastern Uganda.

The initiative by KCCA and its partners aim to save the children from abuse and child trafficking. It has been established that the majority of these children are forced on the streets by traffickers who use them to beg for money.

It has also been established that the mothers of these children give them up to be used as beggars on the streets and the traffickers pay UGX5000 per child daily.

There is cheap accommodation (makeshifts) in Katwe, Kisenyi or Makindye mainly operated by fellow Karimojong making it easy for the children to stay in Kampala at minimal costs.

In July 2021, more than 170 children were rescued from the streets by the Authority and taken for rehabilitation, and during the March 2020 lockdown, KCCA conducted a similar exercise rescuing over 85 children.

Child trafficking is controlled by treacherous cartels and mafias operating unchecked in different parts of the country, and at least 6 of these traffickers have been arrested and prosecuted.

Government in its effort to keep the children off the streets appealed to the members of the public to stop giving money to street children, but this seems like a far cry. According to accounts of the rescued street children, they are given daily targets for their begging trips.

In 2019, Kampala Capital City Authority passes the Kampala Child Protection Ordinance which criminalizes children loitering in public places, begging or soliciting, giving money (handouts)to street beggars, vending or hawking, and the ban of the sale of alcohol and drugs to children. However, the ordinance is yet to be gazetted for the Authority to start implementing it.