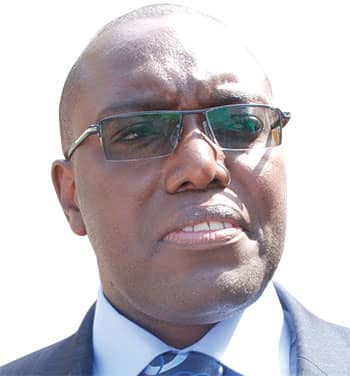 KABALE
Residents of Kabale Districts made an appeal Ndorwa East MP Hon. Wilfred Nuwagaba over falling bridges and poor state of roads in their area. This was revealed yesterday during the tour by officials from Ministry of works and transport in Kyanamira and Buhara sub counties surveying a 6.8km which connects 3 parishes of Katokye parish and Kigata parish all in Kyanamira Sub County and Bugarama Parish in Buhara Sub County.

Speaking to our reporter, residents showed concern over the broken Kitibya Bridge which was swept away by flood in 2020. They said that heavy trucks carrying hard cores and the 2020 floods that hit Maziba Sub County never spared the bridge.

They added that on several occasions, people have been falling off and drowning in river Kiruruma while crossing the old bridge. Residents including Bugende Jackson said ever since the bridge was washed away by the flood, the community has been affected on social and economic occasions.

They added that farmers in the village have been struggling to cross the old and risky bridge. Farmers have been making losses on perishable foods like matooke and tomatoes due to the poor means of transport. They further said that locals have been drowning in river while crossing the temporary and old bridge and the situation would become worse on school going children Who have been drowning on a daily basis.

Four lives have been lost on the same bridge and others have been rescusd before drawing. Binareta Tugomwe 70 years said that her grand child who is a pupil almost drowned on the bridge

They applauded the Ndorwa East county legislature Hon Wilfred Niwagaba for hard efforts to have their bridge and the community road worked on saying that transportation in the area and school going children is going to be easy. They however cried to have a standard permanent bridge which could not be affected by the bridge.

Arinitwe Moses the chairperson lc1 of kategure village in kigata parish kyanamira Sub County said that the bushy and developed roads in the village have been hindering developments in the parish. Arinitwe said that due to the poor roads, they have been forced to carry the patients on their backs before crossing the deadly risky temporary bridges.

The Ndorwa East county legislature Hon Wilfred Niwagaba said that himself and Hon Catherine Ndamira Atwakiire decided to lobby from the Ministry of Works and Transport as an emergency after realizing that Kabale District local government has a small budget for the roads.

Niwagaba added that the Sub counties in his constituency have roads connecting the parishes by Sub county community access roads, District Roads and Uganda National Roads Authority expect the road that connects the three parishes of katokye,kigata and Bugarama. He entreated the public not to oppose road construction in their area for the benefit of their community.