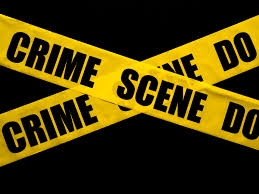 KABALE—Police in Kabale is investigating circumstances under which a 64 years old man allegedly died.

It’s alleged that on the 21/05/2022 at around 0900hrs, the deceased and his wife Tushabe Mary went to dig at Kabira 1 cell, Kigata parish, Kyanamira subcounty, Kabale and at around 1000hrs, the wife left him at the garden still digging.

The deceased did not report home until today the 22/05/2022 at around 0730hrs, when Arinaitwe Brenda who was going to wash clothes, at the water spring near their garden and shallow flowing water(river), found the deceased lying dead in the said shallow water with his clothes placed beside the flowing water.

She immediately informed the local leaders who also reported the matter to police.

However, information from the wife and the son, is that he was mentally sick and a drunkard to the extent that he has been going to the garden with alcohol.

So they suspect that after digging, he could have decided to bathe, in the process, slid leading to his death.

Homicide team from Cps Kabale visited the scene and took the body to Kabale referral hospital mortuary for postmortem.