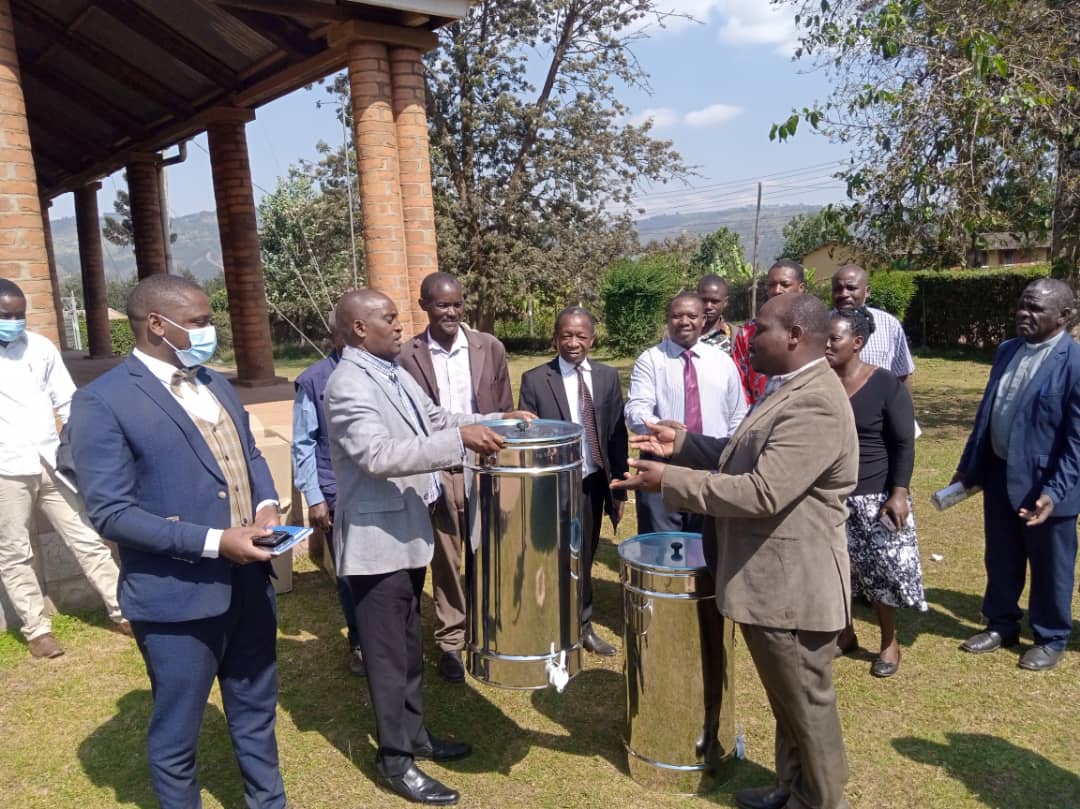 Honey producers and processors in Kabale District have been urged to embrace value addition in order to improve on the quality of their honey in Kigezi sub-region.

The call was yesterday made by the Kabale District Secretary for Production, Marketing Natural Resources, Trade, Industry and Local Development, Ronald Bagamuhunda, representing the Kabale District Chairperson, Nelson Nshangabasheija, at the handover of two honey settling tanks to two honey processing groups, at the District headquarters in Kabale municipality.

Bagamuhunda noted that innovation and value addition is in line with National Development plan III, and also helps to improve on the quality of honey and other hive-based products, and hence improving household incomes of small-scale beekeepers, who are part of the 39 percent of

subsistence households, being targeted by Government under the Parish Development model-PDM.

The Kabale District Senior entomologist, Honest Tumuheirwe, the tanks which are all valued at 5.7million shillings, were procured under the Agricultural extension grants. She added that the tanks are meant to improve on the quality of honey.

She further said, the tanks have been handed over to Nyabushabi Bee keepers Association and Kabale Apiculture Multi Stakeholder Innovation platform.

The Kabale Chief Administrative officer, Edmond Ntimba, warned apiarists against always killing the bees while harvesting honey, saying that they could extinct them. He said that promoting the honey sub-sector also helps to ensure the growth of the agro-forestry sector.

Benon Nshekanabo, one of the farmers from Kabale Apiculture Multi Stakeholder Innovation platform commended government, for continuously supporting apiarists, saying that they have been able to make strides from producing honey for home consumption to producing for the market.

Honey produced from Kigezi is said to be leading in African market and second to Canada in the world market though most of Ugandans have not engaged themselves in bee keeping and honey production.