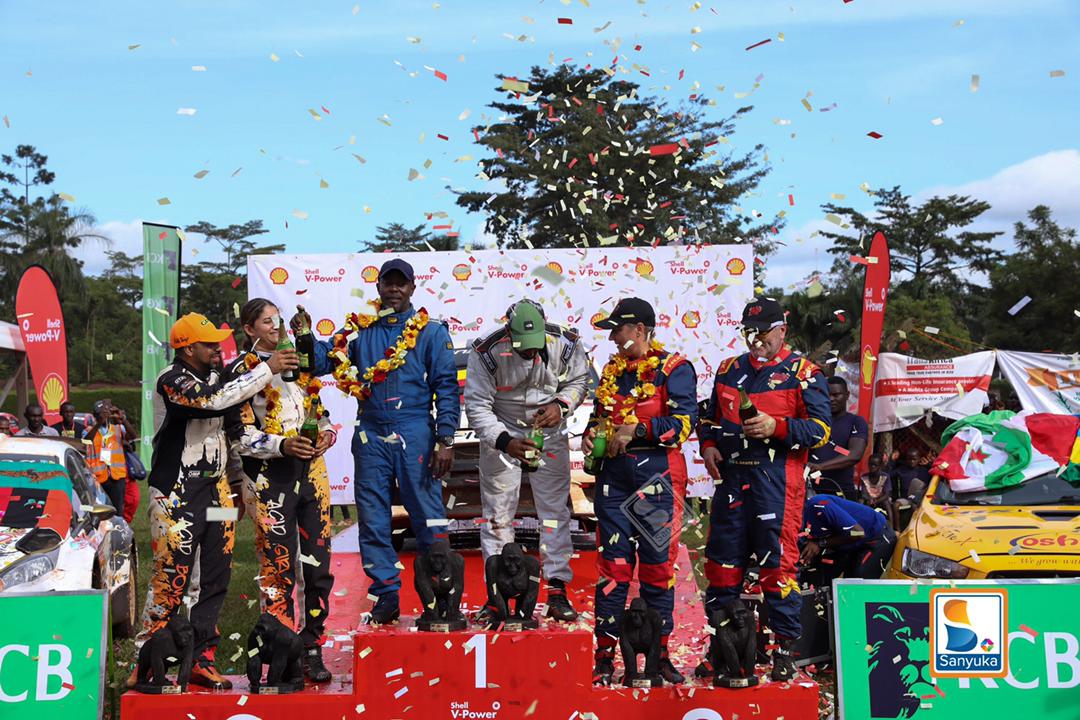 WallnetNews/Sports— Uganda’s Jas Mangat and his navigator Joseph Kamya of the Pili Pili Rally Team won the Shell V-Power Pearl of Africa Uganda Rally that came to a close on Sunday in Lugazi.

The event which was anchor sponsored by Vivo Energy was the third round of the Africa Rally Championship (ARC).

This was Mangat’s first drive in 2022 and his first Pearl of Africa of Uganda Rally title win since 2013.

Jas Mangat, driving a Mitsubishi Lancer EvoX was day one leader in the opener with an advantage of 29 seconds (51:22.96) in an event disrupted by inclement conditions. He later held onto his lead in the muddy stages on Sunday.

On day two, the crew maintained the pace with the fastest drivers and led (overall) three stages of the rally which saw four different stage winners. Mangat and Kamya finished first on the podium with a cumulative winning time of 1:53.06.

The crew who finished the rally without any incident won two business class airtickets to Dubai courtesy of Uganda Airlines who were partners of the event.

Rally couple Gomes Leroy Gabriel and Gomes Urshlla of Zambia, driving a Ford Fiesta R5 finished second with an overall time of 1:58.11. They’re the current leaders of the ARC.

Having finished outside the podium in the opening leg, Leroy Gomes had a bright final round, winning stage points but the home crew held onto their advantage.

Rwanda’s Giancarlo Davite and his co-driver Vindevogel Sylvia of Burundi capped the podium with a time of 1:58.52, just inches behind second place. After a while away, this year’s event marked Davite’s return to the Pearl of Africa Rally.

Davite looked so ambitious throughout the event but he struggled to catch the pace setters making him miss out on stage win points.

However, FIA officials were on ground and revealed that the event was very safe as there were no unfortunate incidents.

This year’s rally was based in Mukono and Lugazi; which are in the central region of Uganda.
Shell V-Power Pearl of Africa Uganda Rally counts towards the FIA African Rally Championship and also the National Rally Championship.

“Some Mbarara City Officials threatened to kill me…