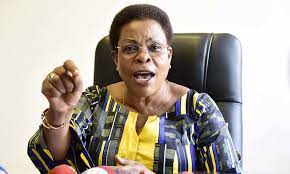 The Inspectorate of Government (IG) has arrested and charged a Ministry of East African Affairs official with embezzlement of Ugx550million.

Mr. Kirya Faisal (40), the Senior Assistant Secretary in Ministry of East African Community Affairs was charged at the anti Corruption Court with alleged embezzlement of over UGX 500 Million. H/W Sarah Namusobya presided over the matter.

According to the charge sheet, during the Financial Year 2014/2015, while performing his duties with Ministry of Local Government in the same capacity, the accused official abused his office and diverted UGX 528,303,012 to pay for various activities unrelated to those for which they were intended.

According to Ali Munira the IGG spokesperson, the money was meant for executing various activities in the country under the Ministry of Local Government but was misused by the accused; an arbitrary act prejudicial to the interests of Kirya’s employer.

Kirya denied the charges before HW Sarah Namusobya granted him a cash bail of UGX 20 million and his sureties bonded UGX 200 million not cash.