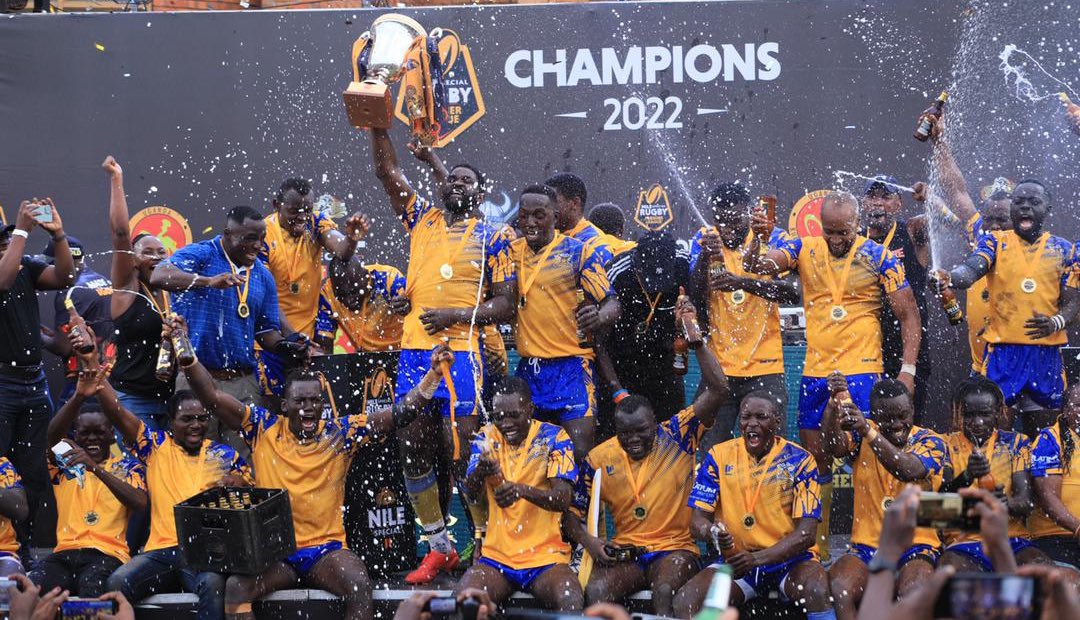 Heathens RFC were on Saturday, 7th May crowned 2021/22 Nile Special Rugby Premier League champions after their final game of the season against Kobs at Legends Grounds in Kampala.

Heathens beat Kobs 10-22 at their own crowded backyard to finish the season unbeaten in the two-round campaign, condemning the other nine sides to bride’s maid role, both home and away.

Heathens finished the season with 86 points, 10 ahead of Pirates and Kobs who finished second and third respectively.

Kobs who won the previous edition, also unbeaten gave Heathens a guard of honor before kick-off before they (Heathens) hoisted the winners trophy to the delight of their fans who later returned to their home ground, Kyadondo Rugby Club for further celebrations.

In the much attended season finale, Heathens who were confirmed champions the weekend before the finale ran in five tries, two tries and one penalty

Meanwhile, Warriors are relegated from the top tier division after close to a decade in the premiership. A new side will be promoted via playoffs where regional top tier sides clash in respective engagements.

“Some Mbarara City Officials threatened to kill me…