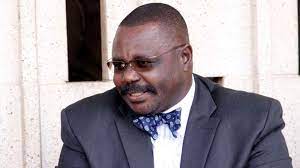 GOVERNMENT TASKED TO PROCURE CANCER EQUIPMENT IN MEMORY OF OULANYAH

The Speaker, Anita Among has directed the Minister for Health to report to the House within two months on the progress on the acquisition of a positron emission tomography (PET) scanner.
A positron emission tomography (PET) scan is an imaging test that can help reveal the metabolic or biochemical function of body tissues and organs.
The Speaker’s directive follows a motion by Dokolo District Woman MP, Hon. Cecilia Ogwal to amend the prayers of the motion to pay tribute to late Rt Hon. Jacob Oulanyah, to include a requirement of Government to acquire the machine.
She said the machine will facilitate the Uganda Cancer Institute in early detection and diagnosis of cancer.
Ogwal moved the moved following a post mortem report presented to the House by the Health Minister, Hon. Jane Ruth Aceng, that indicated that Oulanyah had been diagnosed with cancer.
“It is good for us to talk about Oulanyah, but it is my wish and the wish of every one of the 529 of us that this painful death should leave an impact,” Ogwal said.
The Speaker, however, said that the Ogwal’s concern did not require the amendment at hand, but was an issue that Parliament can follow up on.
Minister Aceng said the procurement process for the machine has started
Aceng said procurement of the machine is on course, with the process having commenced on Monday, 04 April 2022.
“This financial year, Parliament appropriatedShs45 billion to procure a PET scan for the Uganda Cancer Institute and the contract was signed on Tuesday. So we shall have a PET scan,” Aceng said.
She added that Parliament also appropriated money to construct a nuclear medicine unit which will house the PET scan and a linear accelerator, as well as offer other treatment like that which Oulanyah had sought in Seattle, USA.
Vice President, HE Jessica Alupo gave supplementary information on the matter, that operationalizing the cyclotron and PET machine requires shs250 billion, where shs90 billion has been received by the Health Ministry.
“The Health Ministry Permanent Secretary says additional funding is being provided annually. The PET scan cannot work without the cyclotron so the earlier we also get it, the better,” Alupo said.
She added that the bunker to house the equipment was completed two years ago, but said additional information on equipping Uganda Cancer Institute will provided in due course.
The Chairperson of the Health Committee, Hon. Charles Ayume said that besides the cancer equipment, the Finance Ministry should avail funding towards regional blood banks to cover the shortfalls of blood units across the country.
“We heard that there were issues to do with blood transfusion where our departed Speaker was being transfused every day. No money was appropriated this financial year for regional blood banks in Moroto and Hoima yet we have a shortfall of 150,000 units of blood,” Ayume said.
He added that in the policy statements presented to, the regional blood banks have not been budgeted for.

Kenyan Fuel Price Increase Will Not Spill Into…