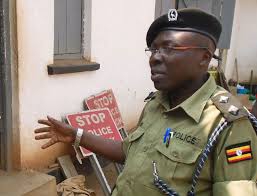 KANUNGU —Police in Southwestern District of Kanungu is hunting for suspects who assaulted a 42 year old man to death over stealing a goat. The suspected thief now the deceased has been identified as Sam Owoyesigire, a resident of Bugiri cell, Kanyantoro sub County Kanungu district.

Its alleged that on Wednesday this week at around 9pm, the deceased proceeded to Bugiri village to pick his charcoal and on his way back, he was intercepted by a group of people who assaulted him on allegation that he has been stealing their goats in Bugiri village .

According to Elly Maate the kigezi Region police spokesperson, Owoyesigire, was later rushed to Bugiri Health center II for Medication where he scumbed at around 5:40am. Maate says the incident was reported at kanyantoro police post who alerted CPS at Kanungu. They visited the scene and the body was taken to kataate Health Center IV for postmortem.

Maate added that inquiries and investigations into the matter are in hands of Uganda Police, efforts to have the suspects arrested are on going. A case of of murder by assault has been registered at Kanungu Police station under the reference No CRB 219/2022