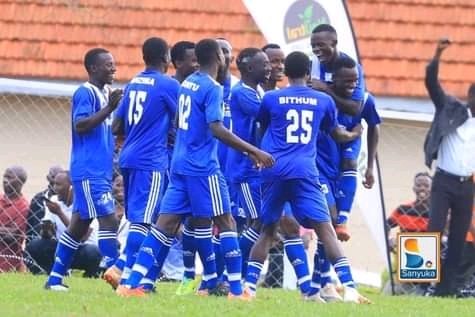 FUFA Competitions Disciplinary Panel has sanctioned Wakiso Giants FC for breach of Articles 31(10) (c), 31(10(e) and 31(10) (f) (iii) of the FUFA Competitions Rules during their Uganda Premier League match against Sc Villa on 30th March 2022 at Kabaka Kyabaggu stadium.
During the game, in the 61st minute, Wakiso Giants FC fans threw bottles on the pitch during the game which led to the stoppage for about seven minutes.

The Purple Sharks has been fined UGX 1,000,000= and handed a suspended one point and one goal deduction pursuant to the fact that the actions of the Wakiso Giants FC fans were not grave and did not have a substantial effect on the game.
The points and goals deduction will be automatically implemented should the acts of hooliganism happen again.