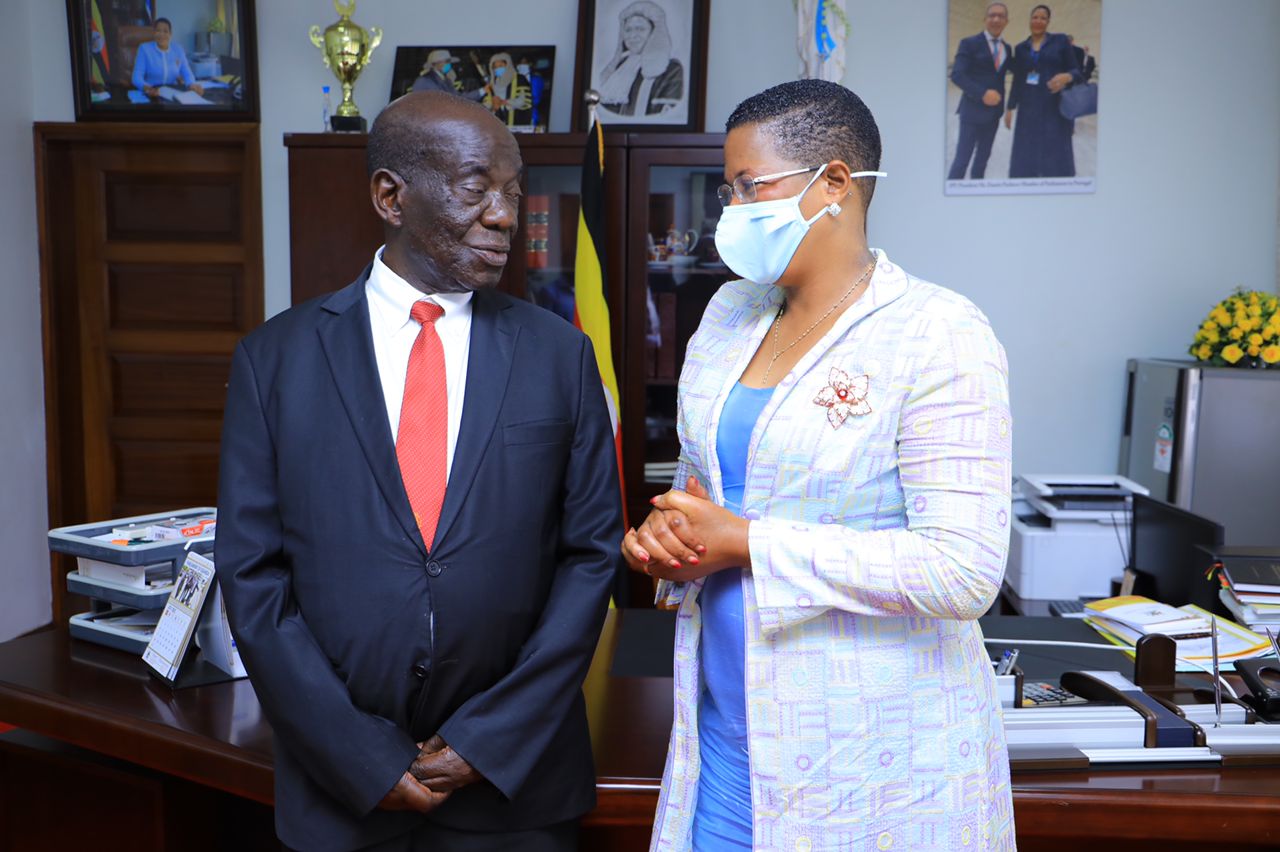 Former Vice President Edward Kiwanuka Ssekandi has lauded the Speaker of Parliament Anita Among for exceptionally handling business and administration of Parliament since she rose to the leadership of the August House.
‘’I am pleased with how you have managed to unite Members of Parliament to deliver on their mandate and I will continue supporting and praying for you. “He said.
Ssekandi made the remarks during a meeting with the Speaker at her chambers at Parliament this afternoon.

Ssekandi also commended the Among for expeditiously handling business and excising good judgement during the last session which saw many bills being passed by the August house.

Speaker Among on the other hand thanked the former VP for maintaining a close relationship with Parliament and for offering wise counsel to the leadership.

Ssekandi served as Speaker and Deputy Speaker of Parliament before he was appointed Vice President, a position he held for 10 years.

EACOP Company Applies For The Construction Licence of…