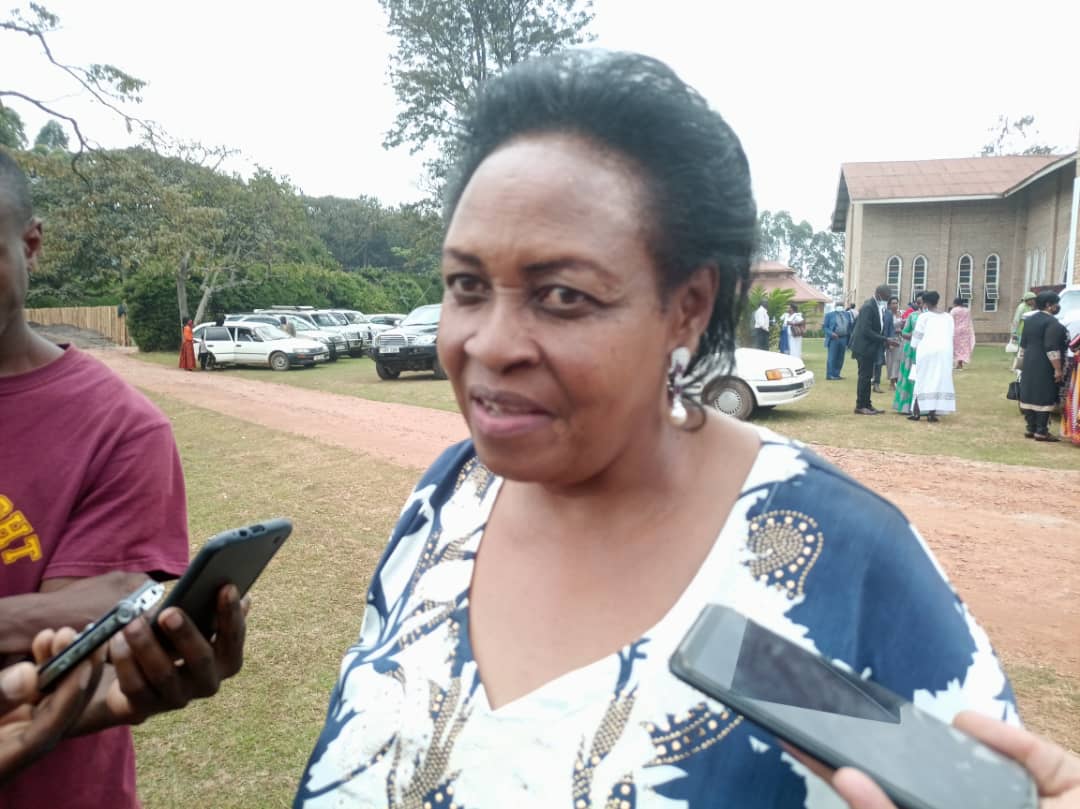 By Byamukama Libino
Former Agriculture Minister Hope Ruhindi Mwesigye has expressed doubt about the Parish Development Model that is being implemented by the Government as a tool to uplift the livelihood of 39% Ugandans from subsistence to cash economy.
The former Kabale District Woman MP was speaking at Kikugiri Church of Uganda in Kabale Municipality during the memorial service to eulogize her late sister Joy Zatwoshaho who died in July 2021.
Mwesigye said she had a lot of reservations about PDM, but she had doubts that it was going to change anything on the status of Ugandans in the subsistence economy.
While speaking at a church thanks giving ceremony last weekend, the state Minister of general duties in the Ministry of finance Henry Musasizi explained that the Government’s plan was to disburse UGX 400 million to each of the 10,717 parishes of Uganda in the next four years.
Whereas the PDM’s primary focus is on increasing agricultural output and value addition, Ms Mwesigye said she rather expected the Government to start dissuading people from relying on agriculture since it was no longer the most viable means of improving livelihoods, given the global climatic effects on land.
“Today, the climate has changed a lot, and we can no longer depend on agriculture for a better future. It’s interesting to see the rest of the world investing in other sectors like services and industrialization while Uganda remains glued on agriculture for economic transformation,” said Mwesigye.
Hope Mwesigye challenged the Government to design and activate planning policies that protect the environment from degradation by unplanned settlements, if they are to mitigate extreme effects of climate changes on the agricultural sector.
Ms. Hope Mwesigye also used the opportunity to punch holes in the Budget for the financial year 2022/2023, expressing concern that the Government had continued to allocate large sums of money to security and administration while suffocating other sectors like health and education.
Hope Ruhindi Mwesigye was the Minister for Agriculture, Animal Industry & Fisheries from 16 February 2009 until 27 May 2011. Prior to that, she served as the State Minister for Local Government, from June 2006 until February 2011. In the cabinet reshuffle of 27 May 2011, she was dropped from the cabinet and replaced by Tress Bucyanayandi.