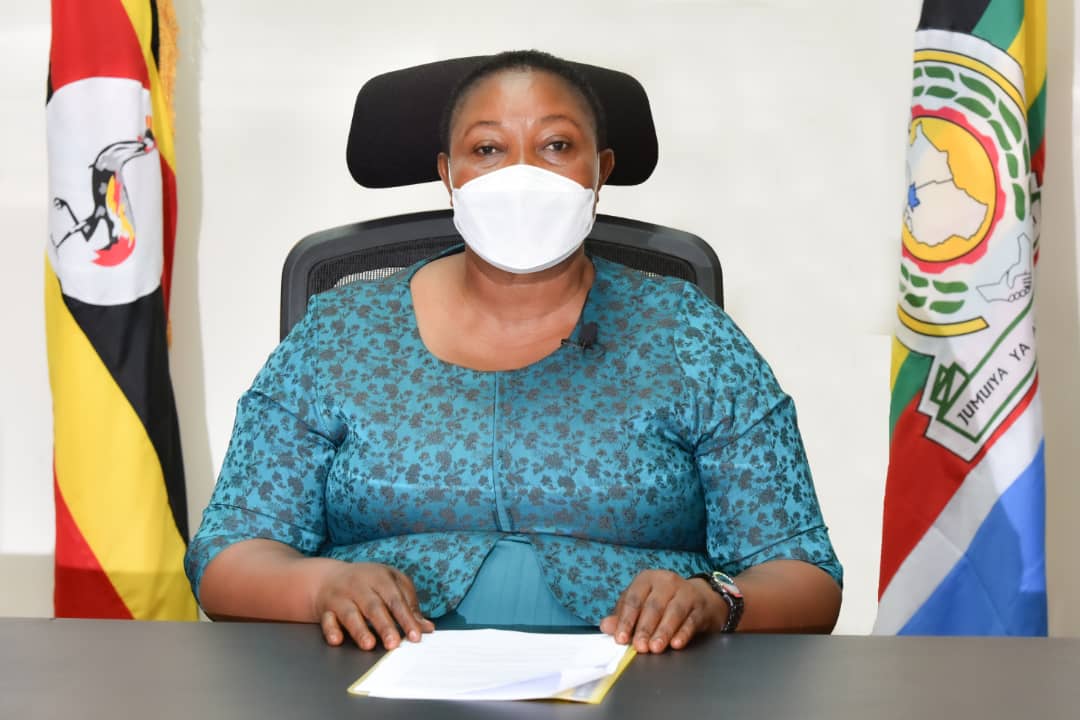 FALLEN SPEAKER TO BE BURIED ON FRIDAY 8TH APRIL – MINISTER

The Minister for the Presidency Babirye Milly Babalanda in a statement released Tuesday has said that the body of former Speaker Jacob Oulanyah will arrive in the country on Friday 1st April aboard Ethiopian Airlines and thereafter it will be handed over to A Plus Funeral Services.

She thanked the government for fast tracking the process to bring the body home and the patience shown by the late’s family as she added: “On behalf of the Government of Uganda and the family of the Late Rt. Hon. Jacob Oulanya I wish to thank you for being patient and for expressing special love to the family. The family badly needs this solidarity to regain strength and rebuild hope.”

Below is the burial program.

The casket will be received with full honors. A few leaders and family members will be allowed at this ceremony.

Immediately after, the casket will be handed over to A plus Funeral Management.

There will be a small service conducted and attended by few people on Sunday.

The body will spend the night in Parliament.

His Excellency the President of the Republic of Uganda and NRM National Chairman will lead the nation in paying tribute to the late Speaker of Parliament.

The Archbishop of the Church of Uganda; His Grace Dr. Kazimba Mugalu will be the main celebrant.

A maximum number of 1,500 persons including Members of the Executive, Members of Parliament, Members of the Judiciary, Foreign Dignitaries, Heads of Government Ministries, Departments and Agencies, Family Members and Leaders from Acholi sub-region will access the grounds.

After the Ceremony, at 3.00 pm the casket will be airlifted to Omoro, Lalogi village; the Speaker’s ancestral home where it will be received by the family and Acholi leaders.

There will be a vigil at the home.

Thursday 7th April 2022 the body will lie at Lalogi for final respects by members of the public.

Friday 8th April 2022 the burial ceremony will start at 9.00 am. The day will be observed as a Public Holiday as declared by H.E. the President.

According to the Minister, the national flag will continue to fly at half-mast up to Friday April 8th the day of Burial.

All the burial activities will be relayed live on UBC TV and other TV stations with reporters;

On the end day of the burial,the Acholi Community will perform the Acholi Burial Dance as requested by the Acholi Paramount Chief and as guided by security;

On the issues of security on the days preceding the burial, Babalanda said that the Minister for Security Hon. Jim Muhwezi will address the nation on security measures being taken to ensure security and safety during this period;

On the estimated Shs2.5b reportedly going to be spent on the burial expenses Babalanda had this to say: “Members of the public need to know that the Speaker of Parliament is 3rd in rank in the country’s leadership and he deserves such a befitting burial, which anyway is legally provide for.  Therefore, I would draw your attention to the burial activities planned for and agreed upon rather than to dwell on discussing the budgets.”

She further urged the public is a to stay united and calm; and to follow the security guidelines to be issued as the country observe and celebrate the final journey of the late former Speaker.

She conclusively expressed gratitude to H.E. the President for accepting to accord a befitting funeral to the late Speaker and for leading the entire program, and for  the Minister of Finance for the prompt interventions.

How Shs 2.5 Billion Will Be Spent On…