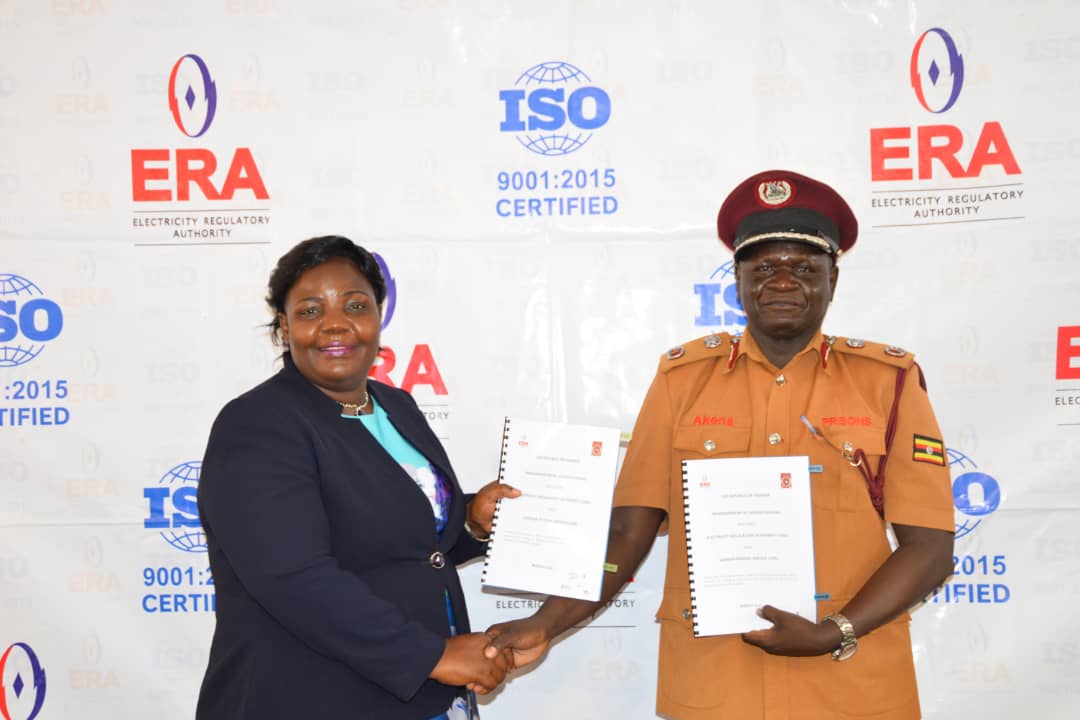 Uganda Prisons services in the current financial year was allocated UGX1.6b for procuring firewood for all the prisons in the country.
The Electricity Regulatory Authority (ERA) on Wednesday signed a memorandum of understanding with Uganda Prisons Services to provide a systematic switch from cooking with firewood to electricity in Ugandan prison facilities.
The project code named “charcoal to Power Project” is an initiative of ERA aimed at improving the health status of Ugandans by reducing CO2 emissions through increased per capita consumption of Electricity.
It is also aimed at growing demand for electricity through increased usability of electricity for cooking in households, institutions and commercial establishments.
Under the project, ERA targets to convert 50,000 households, 500 institutions (including hospitals, prisons, institutions of learning), and commercial enterprises from use of Biomass as the primary source of energy for cooking or heating to use of electricity.
Under this project, the Prisons facilities and other institutions will pay UGX451.4 per Unit of electricity consumed, compared to the normal tariff (currently at UGX747.5 per Unit – subject to change every quarter in line with movements of the Macro-Economic parameters).

According to Akena Samuel; the Assistant Commissioner General Prisons in charge of General duties who represented the Commissioner General of Prisons, the MoU follows a study conducted at Luzira Prisons in partnership with United Nations Development Program (UNDP) on finding ways of migrating from cooking using
firewood to using electricity for cooking.
Akena also admitted that Uganda Prisons is one of the biggest degraders of the environment whereby over
30,000 tonnes of wood fuel is used annually for cooking in the over 250 prisons over the country.
Akena stated that in the current financial year, Prisons has spent UGX1.6b on firewood for cooking across all the prison facilities in the country. So the project will go a long way in conserving the environment and save tax payers money spent on procuring wood fuel for Uganda Prisons.
He also said that prisons has embarked on reforestation projects in the Uganda prison facilities to conserve the environment.
He further said that the project will go a long way in saving the environment from degradation, and the health of the prison authorities and the prisoners will also improve due to the shift to use of clean energy.
On the readiness of the Prisons to shift from wood fuel to electricity, Akena said it is going to be a systematic migration as he added: “As we are developing the system, we are using electricity and firewood but eventually firewood will be phased out. It will not be completely phased out but the bigger percentage of out cooking will now be electricity.
She said that currently it is cheaper to cook food using electricity that firewood basing on the UGX412 per unit, whereby you need less than UGX300 to cook beans using a cooker.

The Pilot Project for which the MoU has been signed is the second pilot project to be implemented under  ERA’s
Charcoal to Power Initiative. The first one was a similar Pilot Project implemented at the Mwanamugimu Children’s Clinic at Mulago Hospital