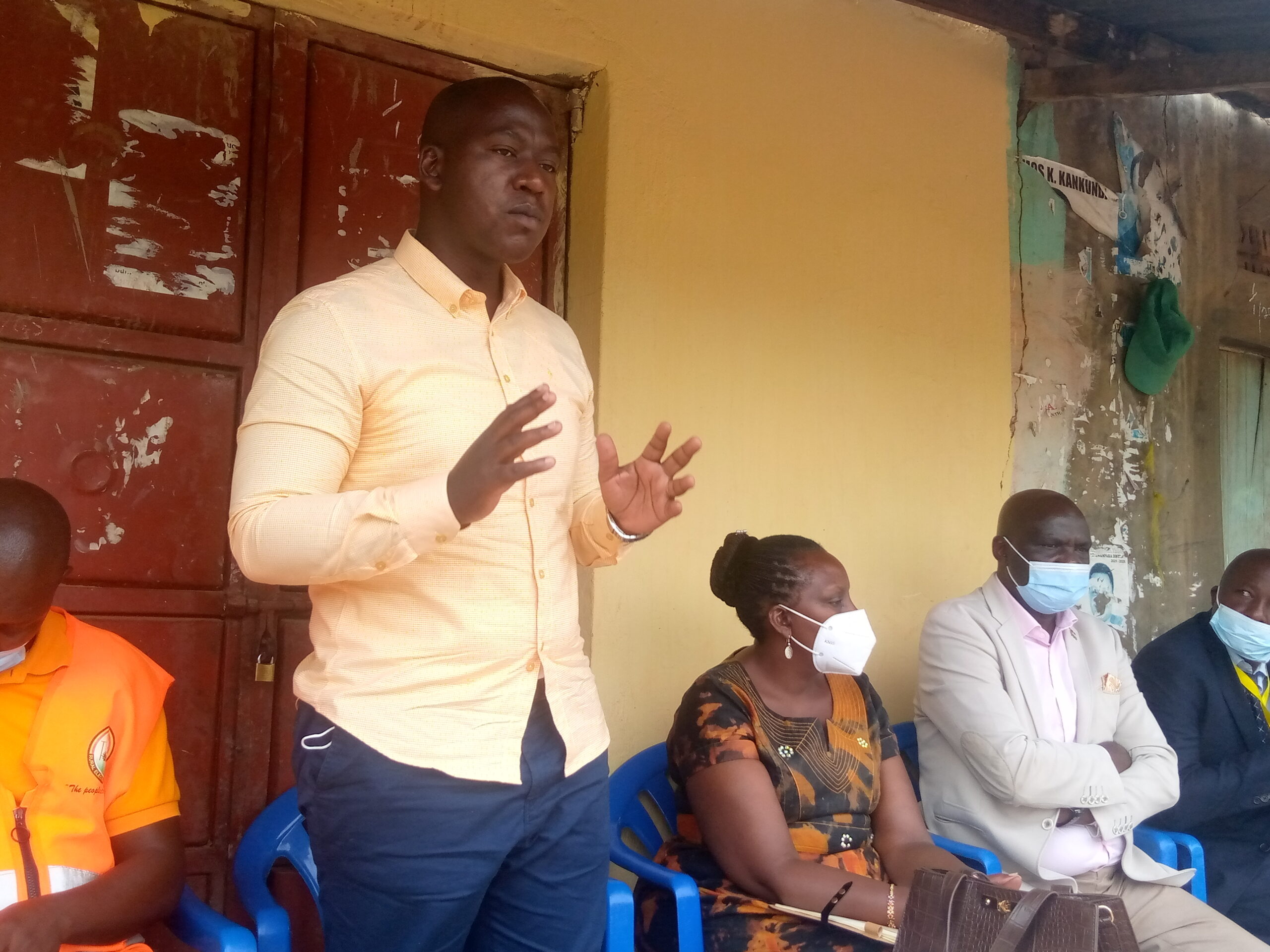 Rwampara East Member of Parliament Hon. Julius Tusiime Karuhanga has cautioned farmers who have received pigs under his donation that they must rear them and never be tempted to sell or eat them as pork.

Hon Tusiime together with Hon molly Asiimwe the woman MP for Rwampara District lobbied about 200 pigs from NAADS. The two legislators shared the 200 pigs and each took 100 to their constituencies. For Rwampara East, these pigs were distributed to farmers in the parishes of Kamomo, ngugo, bushweere and kigaaga. Each parish received 25 pigs.

Some of the beneficiaries receiving the pigs

According to Hon. Tusiime, he has cautioned the members who got these enterprises that they must ensure that they are of value to them. That they should rear them. That this type of enterprise was given on a community demand driven program.

“These people who have received the pigs must ensure that they rear them to be of value to their families. we caution them not to sell them, not to eat them as pork but to rear them. Because when you rear them we are going to have extension services to reach out to them so that they can know the best practices of farming to increase the yield. We shall also encourage a revolving scheme in their respective villages because those parishes each village almost has got three households from each village received and we gave them pigs that are six months old which are ready to produce. So we encourage those that have received that we shall have a revolving scheme and we shall ensure that once they give birth, each household gives two to another household, then as the member of Parliament, I shall be supporting them. I will readily buy their other piglets and give to the rest of the neighbours and they are sure of ready market for their pigs” said Tusiime.

Don’t sell or eat these pigs as pork, but rear them for value- MP Tusiime cautions farmers

Tusiime has been giving out different enterprises to the people of Rwampara East which include poultry that he recently gave out to different households in the constituency. He has also pledged to give coffee seedlings to some areas where their major cash crop is coffee and these are coming in the next season. Tusiime has been largely supporting passion fruit farming in Rwampara even when he was in the National Youth Council Leadership. He has promoted passion Fruit farming in Rwampara District particularly in Mwizi and Rwampara sub-couties.

On the issue of Parish Development Model, Hon. Tusiime has confirmed that Rwampara East has trained the beneficiaries in their respective villages. That the 14 out 14 parishes have formed the Parish SACCO committees. what is remaining now is to train the parish members and politicians who will be monitoring the implementation of Parish Development Model. Tusiime is on forehead to supporting the message of President Museven of helping the 39% of the people that are in subsistence sector so that they can be able to join money economy.