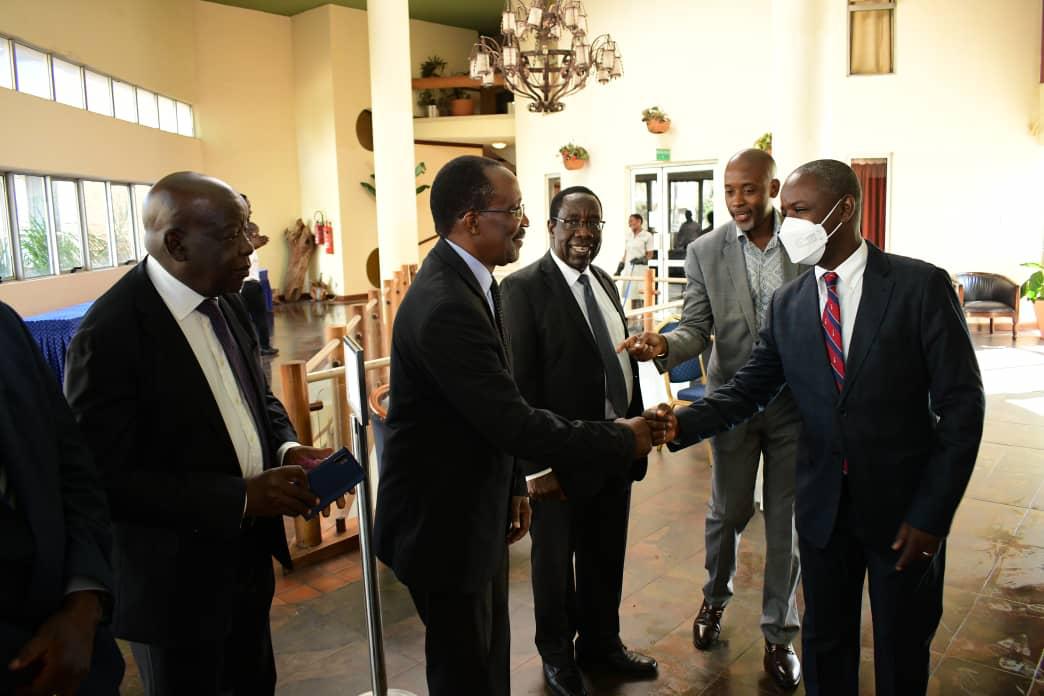 Deputy Speaker of Parliament, Thomas Tayebwa has  advised Ugandans to invest in stock markets in order to multiply their money and avoid easily making losses.

He made these remarks while Speaking at the launch of Zaabu, an electronic platform through which people can invest in securities and earn more income without necessarily trekking long distances.

Zaabu, a brainchild of ALTX East Africa, is the first electronic system of its kind that will be used to facilitate trading in securities using simple mobile phones.

Tayebwa said that stocks, bonds and bills are the safest way for busy people to grow their business empires because they will not need to be everywhere to organise, run and supervise businesses as it is for the ordinary way of trading.

“Such systems are very fast in terms of settlements. If you ever invested in bonds or bills, you know the complexities and also it is for the high class who are mostly foreigners,” Said Tayebwa as he called Ugandans to follow suit.

Describing himself as a businessman, Tayebwa welcomed the initiative saying many Ugandans who are struggling to invest on their own have a chance to venture in the stock markets with the help of Zaabu.

Tayebwa said that people in the western world manage to spare time by going on holiday because of the dividends from stock markets. He  added that; “there are people who are good at multiplying money. So, if I planned to have 60 percent of my savings in the stock market, then that would mean I will give part of my money to multiply,”

A stock market is majorly characterized by deals in share capital which represents ownership claims on businesses. These may include securities listed on a public stock exchange, as well as stock that is only traded privately, such as shares of private companies which are sold to investors through equity crowd funding platforms.

The Deputy Speaker who rallied Ugandans to support Zaabu to promote financial inclusion and also learn to save before spending part of their money.

On the side of the economy, Tayebwa said the Zaabu platform will help to truck business and tax them while the Ugandan currency will be relieved of pressure because most investments in bills and bonds are in foreign currency, especially the US dollar.

“We are creating a platform whereby a few institutions that have refused to reduce their interest rates because they are the major players in the market will have competition” he added.

Edward Kitimbo Mugwanya, the chairman of ALTX East Africa said that the new system means that Ugandans would be able to access the stock exchange without hustles because of the Zaabu platform’s affordability.

“Our stocks have been concentrated for the rich, now we are coming down to the bottom of the pyramid where everyone can afford every month to save Shs15000,” said Mugwanya.

He revealed that with the use of the Zaabu platform, the users will only require a mobile handset where he or she dials and logs into the stock exchange anytime and while anywhere other than the usual way of running after money.

The Chairperson of the Parliamentary Committee on Finance, Kefa Kiwanuka, promised support to the innovators of the Zaabu platform, arguing them to petition Parliament on the areas of legislation they need to make them thrive.