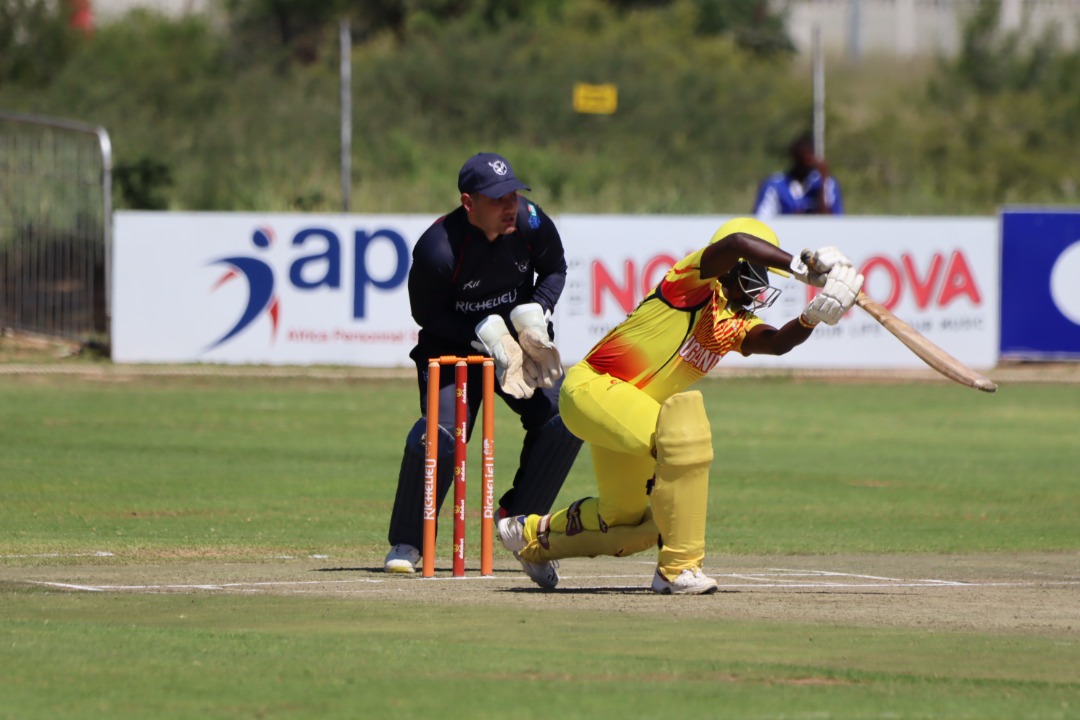 Challenge League B: Cricket Cranes Seek To Finish Atop As Final Leg Bowls Off

The Cricket Cranes are currently in Jersey for the final leg of the ICC Cricket Challenge League B tournament that will run from August 2nd-15th. The team left on Sunday and have settled in.

After two rounds, Uganda is on top of the table a point ahead of Hong Kong in second and two points ahead of round three hosts Jersey.

The final leg of the Challenge League B will see the top team qualifying for the next round of qualifiers as a pathway to the 2023 World Cup in India. Uganda is in a strong position as the top side, they will open their campaign in Jersey against the home side Jersey and finish the tournament with a clash against second placed Hong Kong.

There are two changes from the side that represented Uganda in Kampala for the second round, Bilal Hassun and Arnold Otwani make the final 14 in place of Emmanuel Hasahya and Brian Masaba. Team Captain misses out due to an injury he suffered in Zimbabwe during the Global T20 World Cup Qualifiers with the returning Deus Muhumuza named as Team Captain. Deus Muhumuza got injured in the game against jersey in Kampala in June but the time out has helped him fully recover and led the team to Jersey.

Head Coach Laurence Mahatlane is confident the boys can be able to finish the job in Jersey.

“We are Looking forward to the challenge in Jersey where as they are heading to the end of their summer the wickets should be a bit slower. Unfortunately, Brian has not recovered in time but we glad to welcome back the experienced Deus,” Mahatlane said.

The cricket home board in Jersey earlier on managed to organise two warm up games for the side just before the start of the tournament.