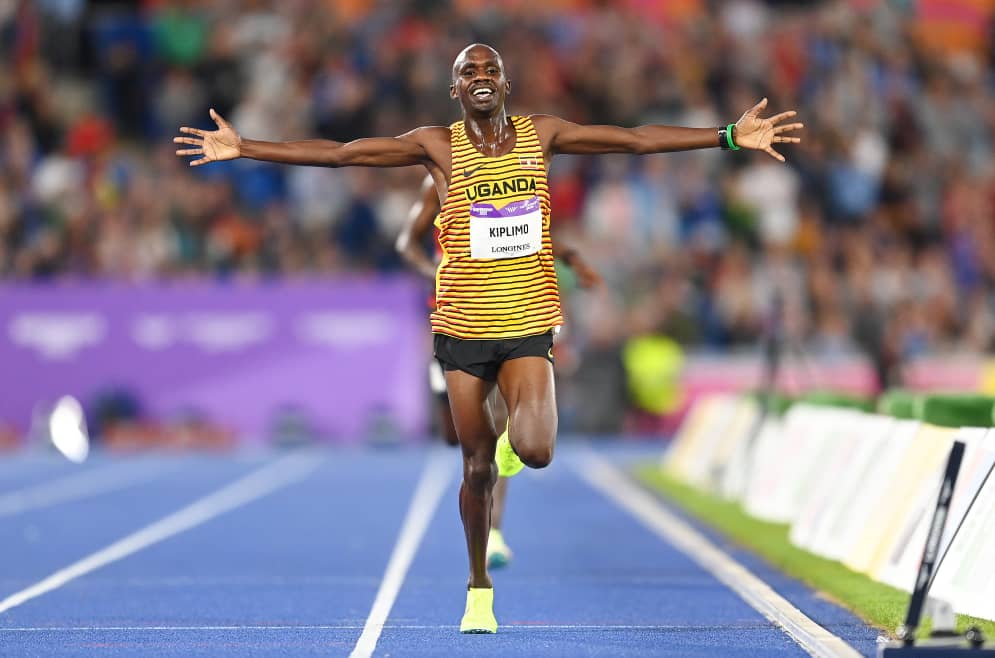 In the absence of fellow countryman and the then defending champion Joshua Cheptegei, Jacob Kiplimo injected an immense burst of pace at the home stretch to win gold in the 10,000m category of the Commonwealth Games with a new Games Record time of 27:09.19.

Before the Tuesday race, Cheptegei who didn’t show up at Birmingham was record holder in the 10,000m with 27:19.62, an achievement he attained at the 2018 Gold Coast games.

Kiplimo filled Cheptegei’s void very well and his silverware is the second for Uganda with Victor Kiplangat having won gold in the men’s marathon a few days ago.

Meanwhile, Kenya’s Daniel Simiu finished second for silver in a new lifetime best time of 27:11.26 while his country mate Kibiwott Kandie came home third in 27:20.34, also a new personal best for him.

On the track, with a lean field of nine athletes, competition was narrowed down to the Kenyans and the Ugandan, despite Englishman Sam Atkin and Scot Andrew Butchart playing the role of early pacemakers.

With five to go, the Kenyans made their move and Kiplimo stuck to their wings. The lead had been shuffling between Simiu and Edward Zakayo, but ultimately, the latter was dropped leaving the battle to Kandie, Simiu and Kiplimo.

With two laps to go, the Ugandan took charge of the race and by then, Kandie was slowly dropping away leaving the race to a two horse race.

At the bell, there was a considerate gap between second and third. It was now between Kiplimo, the World Half Marathon record holder and Simiu. The Kenyan made a move trying to inject the pace, but Kiplimo didn’t allow the gap to grow.

At the black straight the Ugandan made his move, slowly gliding away and putting on the afterburners, Simiu failing to respond.

He went on to defend the title won by Cheptegei, who had pulled out of the Games citing fatigue from the World Championships in Eugene, Oregon, just two weeks ago. 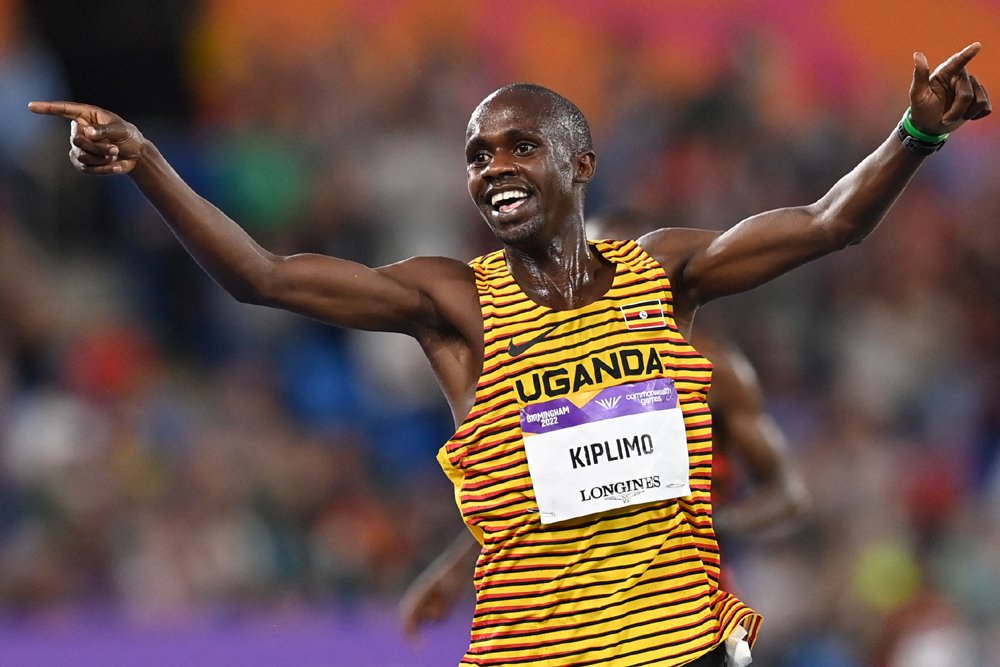 Uganda’s long distance runner Jacob Kiplimo on Saturday came atop a strong Kenyan opposition during the men’s 5,000m race of the…