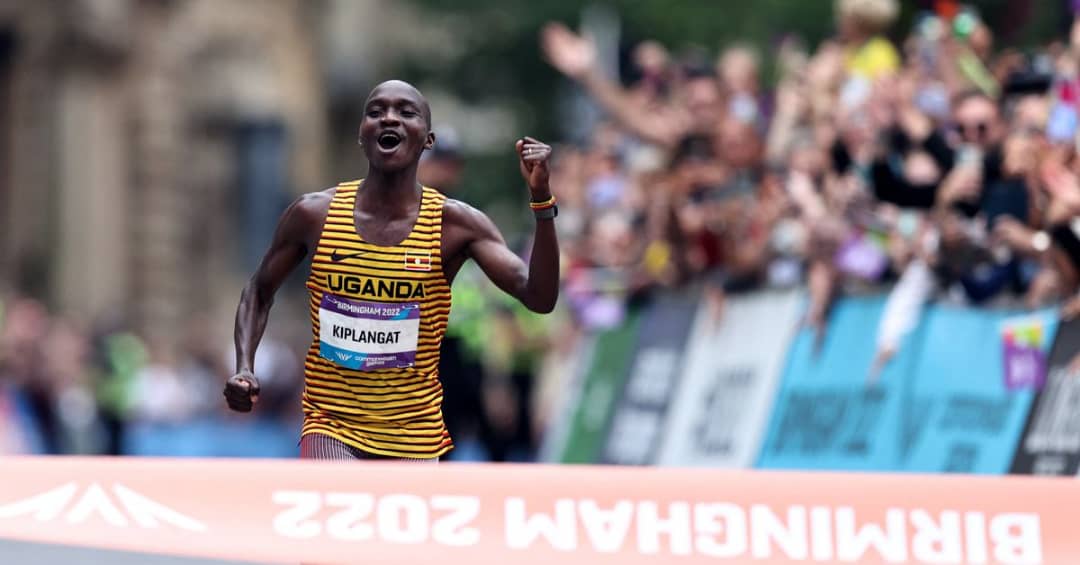 Uganda’s long distance runner Victor Kiplangat arrived safely in Victoria Square and got soaked in the applause of the crowd as he cruised towards the Birmingham 2022 Commonwealth Games gold during the men’s marathon of the event.

Kiplangat got down to his knees and gave thanks, after setting a time of 2:10:55.

A brilliant moment for Uganda, too as it was the nation’s first men’s marathon gold medal in the history of the games. It’s also Uganda’s first silverware in Birmingham.

Kiplangat was pushed all the way by the brilliant Liam Adams, he improves upon his fifth place finish on the Gold Coast. If there was a combativity award, he would win it.

However, Kiplangat turned the wrong way as he was closing in on victory! He ran about 200m down the road before he was caught and told to turn around!

Thankfully, he was clear of second place, and was not closing in on the record. Had he been, that would have been devastating.

Moments later, Kiplangat burst clear of the pack as he entered the final few kilometres and closed in on not only the gold medal but a Commonwealth Games record as well.

He later entered into the city centre and twisted and turned through Birmingham’s streets before finishing in Victoria Square.