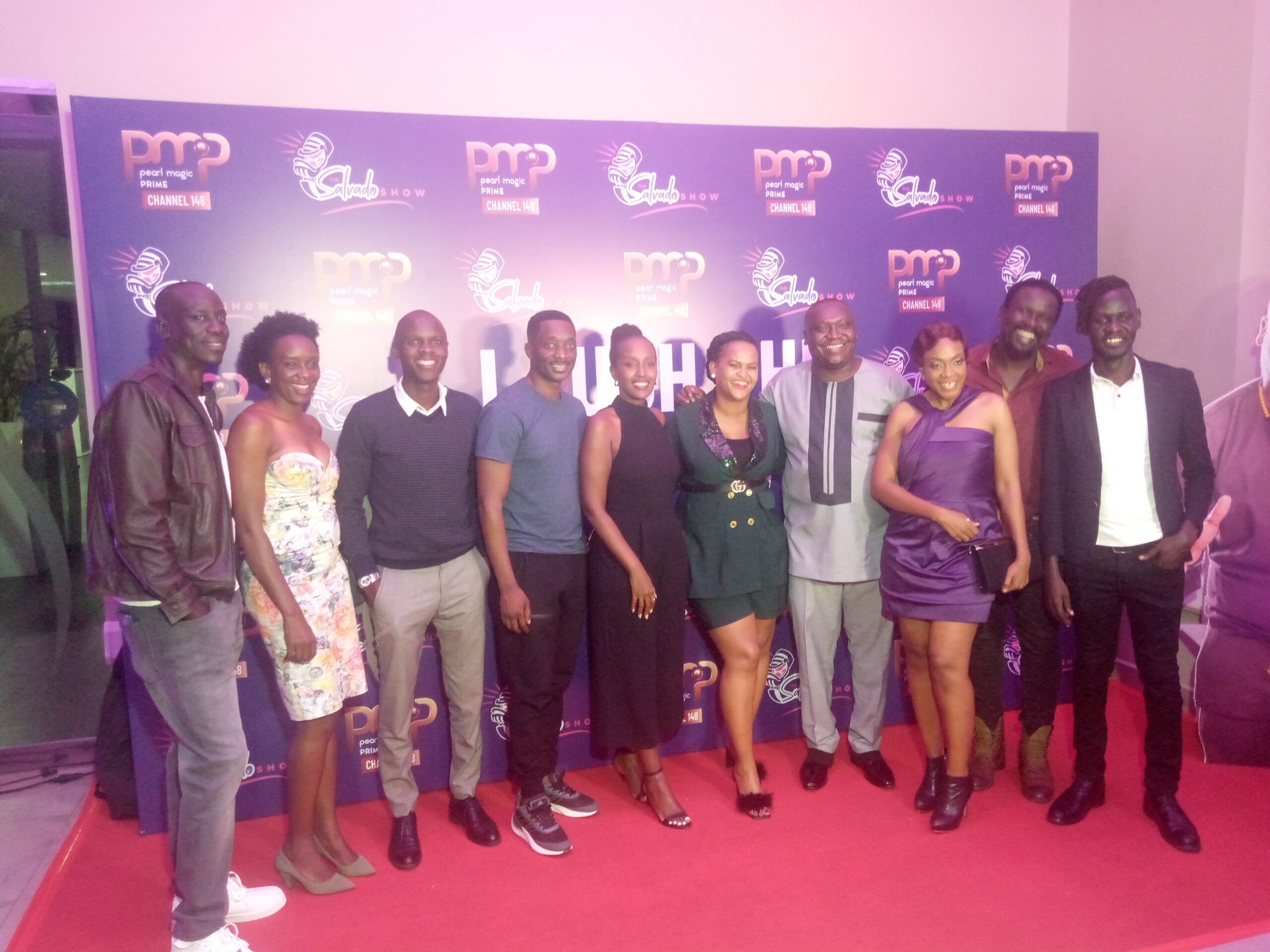 COMEDIAN SALVADO FALLS IN THINGS WITH “THE SALVADO SHOW”

Last Friday April 1st, 2022, was April fool’s day, so journalists and influencers who were invited to the watch party of the TV comedy show “The Salvado show”, never took it serious until it actually dawned on them on them it was actually true.

The show Premiered Sunday on 3rd April at 8.00pm on Pearl Magic Prime (DStv Channel 148 and GOtv Supa Channel 305) is The Salvado Show, an original new production featuring celebrity interviews and comedy. The first season of the show will have 26 episodes

Each 45-minute episode will include celebrity conversations guided by Salvado’s easy-going and knowledgeable interview style; stand-up comedy sets from well-known names as well as up and coming comedians; and comedy skits which serve as social commentary on topical issues.

Being the first runner-up in MultiChoice Africa’s 2009 comedy competition Standup Uganda, this is a full circle moment for the comedian and MC Salvado, who will now headline his own show on one of Africa’s leading entertainment channels.

A qualified engineer by profession, the multifaceted Salvado (affectionately known as ‘The Man from Ombokolo’) has enjoyed an illustrious career since his debut in the mainstream. As an award winner, some of his stand-up work includes credits on shows such as Night of 1000 Laughs, Kings of Comedy (Kigali), Presidents of Laughfrica and the Glo Lafta Fest comedy tour.

Pearl Magic Prime Channel Head Margaret Mathore says: “Our content slate is always being updated and strengthened, and we take our audience feedback into cognizance. We’re pleased to have a talent the magnitude of Patrick Salvado’s join our line-up with a bold and important new show that shines the spotlight on serious matters through a humorous lens.”

At the watch party that was held at the Multichoice head offices in Kololo, Joan Semanda Kizza the PR and Communications manager MultiChoice Uganda unveiled the thrilling show and advised the audience to buckle up for an exciting journey with Salvador.

“The Salvador show will enable fans of the man from Ombokolo to enjoy his wit and personality on a whole other level. At MultiChoice Uganda we are dishing out entertainment shows such as these specifically tailored for our market and audience.” Semanda said.

Filmed in front of a live audience, featuring a live band and led by Salvado’s mastery of both black comedy and fly-on-the-wall observational comedy, The Salvado Show leaves no stone unturned and is set to be a hilarious serving that you won’t want to miss.

To stay clear of controversy, Salvado says that the show will be free of political, religious, tribal and sexual jokes, because they want to change the narrative in the comedy industry. He also added that there are guidelines that the team behind the show follows and that there are many funny things in day to day life of Ugandans besides uncultured jokes that sometimes rub people the wrong way

WE SHALL MEET IN COURT – KATUMBA WAMALA…