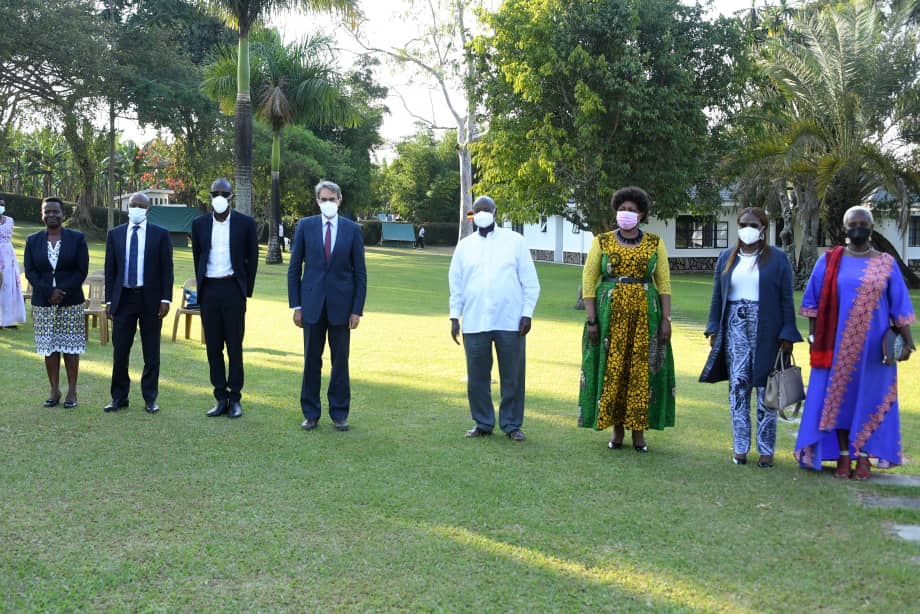 Cases of Illegal Detention, Torture and Human Rights Violation Will End, And They Will Not be Tolerated-Museveni

In the meeting that took place at the President’s country home in Ntungamo district yesetrday, June 29, the President assured the delegation that cases of illegal detention, torture and human rights violation will end, and they will not be tolerated.

He, however, cautioned the delegation that: “No one can teach me about the subject of human rights because that is what I fought for, to have a democratic society in Uganda.

I spent sixteen solid years of my life to put in place human rights observance and correct what the regime of Idi Amin distorted. When handling human rights issues, be careful!”

The President assured the HRW officials that Government will act accordingly on proven torture and human rights abuse cases.

He also assured them that he will use the report and verify its findings as a case study to strengthen human rights recognition in the country.

He explained to the officials that the Government will also battle unnecessary acts by security institutions like the police force of beating, illegally detaining and interrogating people, because when they do that they are not doing their work properly.

“What we are doing is to tell them to use legal solutions by educating the forces about standing orders of managing society while handling criminal acts and suspects,” he said.

“This can stop the forces from making unnecessary mistakes.”

H.E Museveni applauded HRW saying, “With the findings revealed to me, I can see the organisation has some good value now because you have discovered some rot on human rights according to the discussion that summarises the report and I assume it is evidence-based.”

The HRW Chief who has led the global organisation for nearly three decades has transformed the organisation from a small regional one to an international human rights organisation with global influence.

Since its inception, HRW has embraced possibilities of bringing perpetrators of human rights violations to justice.

Under Mr. Roth’s management, HRW has also been able to change the way human rights advocacy is done. After being globalised and operating in most European countries, US and spearheading its work with the UN, HRW now renders services to most African countries, including Uganda.

The organisation’s CEO told President Museveni that the purpose of human rights enforcement is to make sure that the law takes its course.

He commended the President for his pledge to “Zero tolerance” against torture and human rights violation allegedly by armed forces.