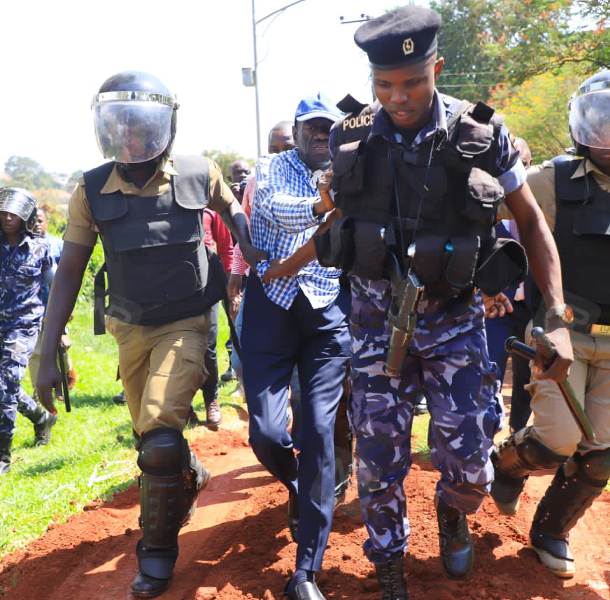 Uganda police has arrested former President of Forum for Democratic Change (FDC) Rtd. Col. Dr. Kizza Besigye for after he again attempted to resume a “walk to work” protest.

Besigye has been arrested outside his home in Kasangati; Wakiso district as he attempted to move to Kampala in protest of the unreasonable commodity prices and alleged “political succession”.

In the past years, Ugandan President Yoweri Museveni warned he would not allow any protest and police stepped in when left his home with a group of people.

By press time, Uganda police had not commented on the matter.

Uganda has in the recent months been faced with the sharp increase in prices of everyday products and citizens are struggling to make ends meet.

Authorities earlier blamed the situation on the long term effects of the Covid-19 pandemic and the raging war in Ukraine.