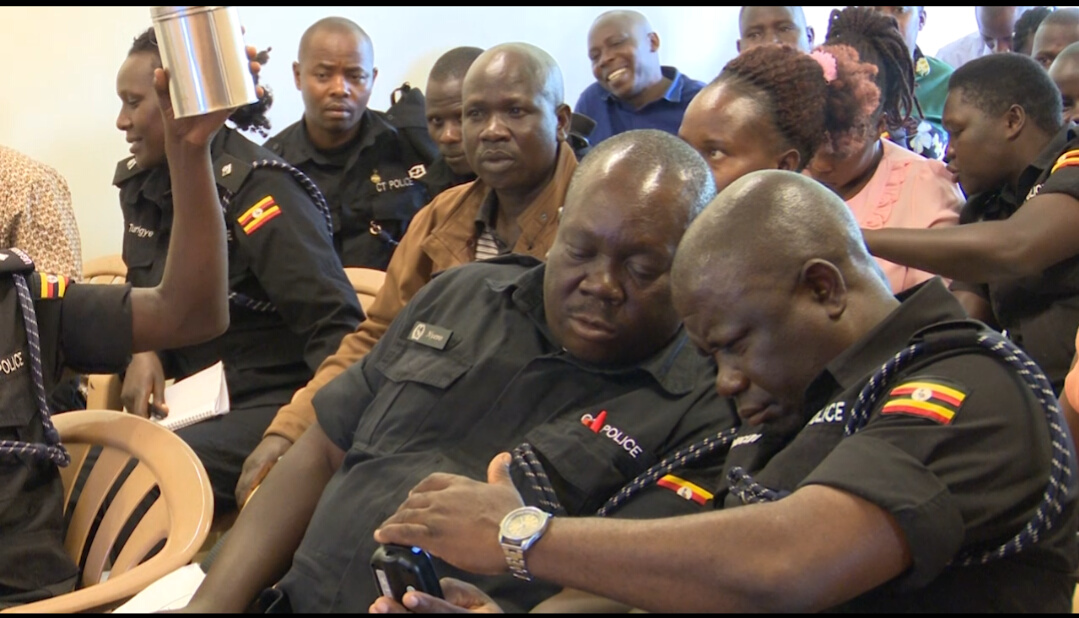 Following the directive by the Inspector General of Police last week to all regional Police officers to ensure peace and security to all pilgrims trekking to Namugongo, the Atomic Energy Council in partnership with the counter terrorism unit of the Uganda Police carried out a training for the Police officers on the use of nuclear detectors including inspecting machines for the safety of the pilgrims as they attend martyrs day celebrations this Friday.

Speaking to Journalists following the training from Namugongo martyr’s shrine, the chief executive officer of the Atomic Energy Council Deogratius Luwalira said that the purpose of the training was to prepare the officers to deal with any nuclear threat during the celebrations on Friday.

Luwalira further said that the training was to offer a refresher training to policemen in relation to nuclear security measures and systems for major public events of which the martyr’s day is among.

The training comes at a time when Uganda is preparing to celebrate the Uganda Martyrs day at Namugongo at both the Catholic and Anglican shrines on 3rd June.

He warned malicious people who plan to use radioactive materials to disrupt this event will be arrested and prosecuted, and said that the Council together with Uganda Police have put in place measures that will counter any anomalies on the day.

He said that the council has been working with Uganda Police for the last five years when Pope Francis visited Uganda in November 2015 as he added: “It started when the Pope visited Uganda in 2015, that’s when we started realizing that for major public events there is a need to put in place nuclear security measures for prevention, detection and response should there be a radiological event that involves a radioactive source

Luwalira said that the training is offered to the counter terrorism unit of the police because they are the only ones who are capable of counter any nuclear related challenges.

Over 71m raised At a Construction Fundraising Ceremony…