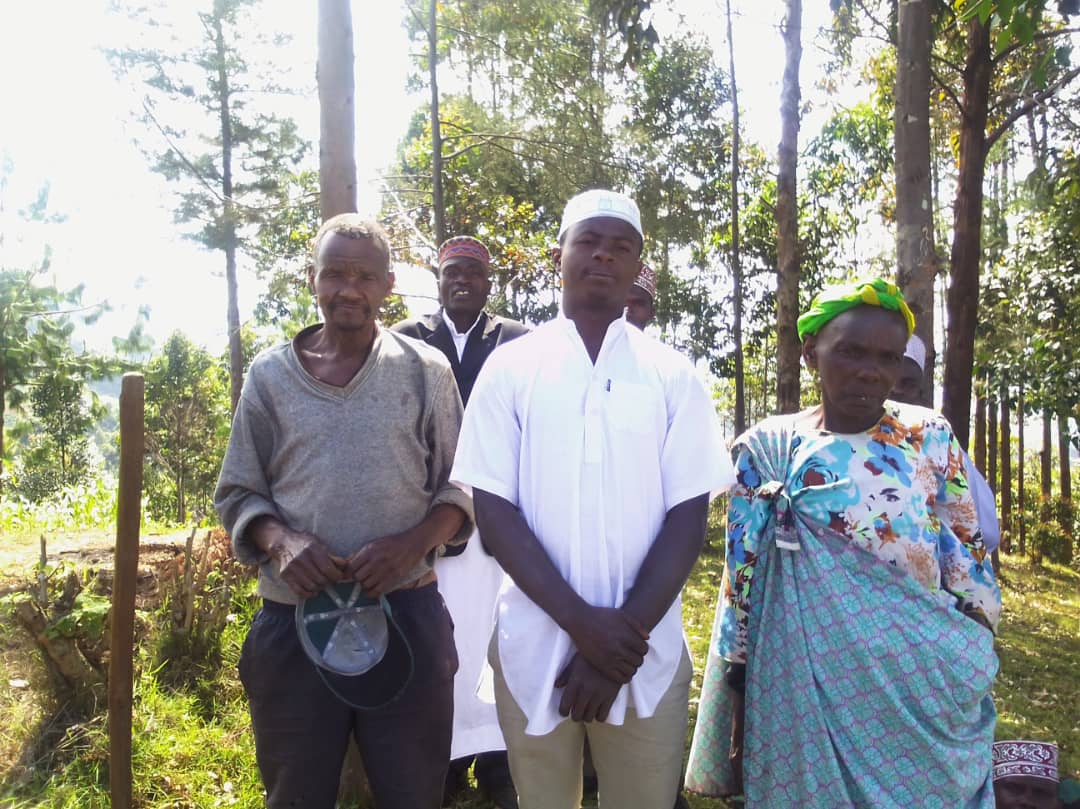 An Anglican family of James Barugahare, in southwestern District of Rubanda has donated one acre piece of land to Kabale Moslem Council. This donation exercise happened on Sunday and the said land is located on Bugandaro hill Namatembe Ward Bufundi sub-county Rubanda District.

The donated land is to facilitate the construction of a mosque because their son Abdul Nkwasibwe Laura, requested them for a piece of land where he would construct a mosque.

Speaking to our reporter, a 70year old Mzee. Barugahare and the wife added that, their son has been travelling long distances to reach the mosque for players. They explained that, they were even more happy by their son’s decision when they saw him come with the muslims on Friday.

Abdulu Nkwasibwe who donated his piece of land said that, It has been his long time will to construct a Mosque in the sub county. He added that he has been traveling long distances to access the Mosque. Nkwasibwe, called upon fellow youth to love God and donate the little they have to him.

Kabale District Kadhi sheik Kaabu Luule said that they have never received donations nor had a Masque in Bufundi Sub County. He explained that land is wealth and the donated land is going to house a Mosque and a two-classroom block where they are going to be lecturing the new converts. Kaabu Luule further stated that alot of government programs have been communicated via the worshipping centers and this is going to ease on communication.

He informed them that the presence of a mosque in the sub county is going to shape Muslims in the area and encourage those who have been discouraged due to long-distance (over 10km) to reach the nearest mosque in muko trading center.