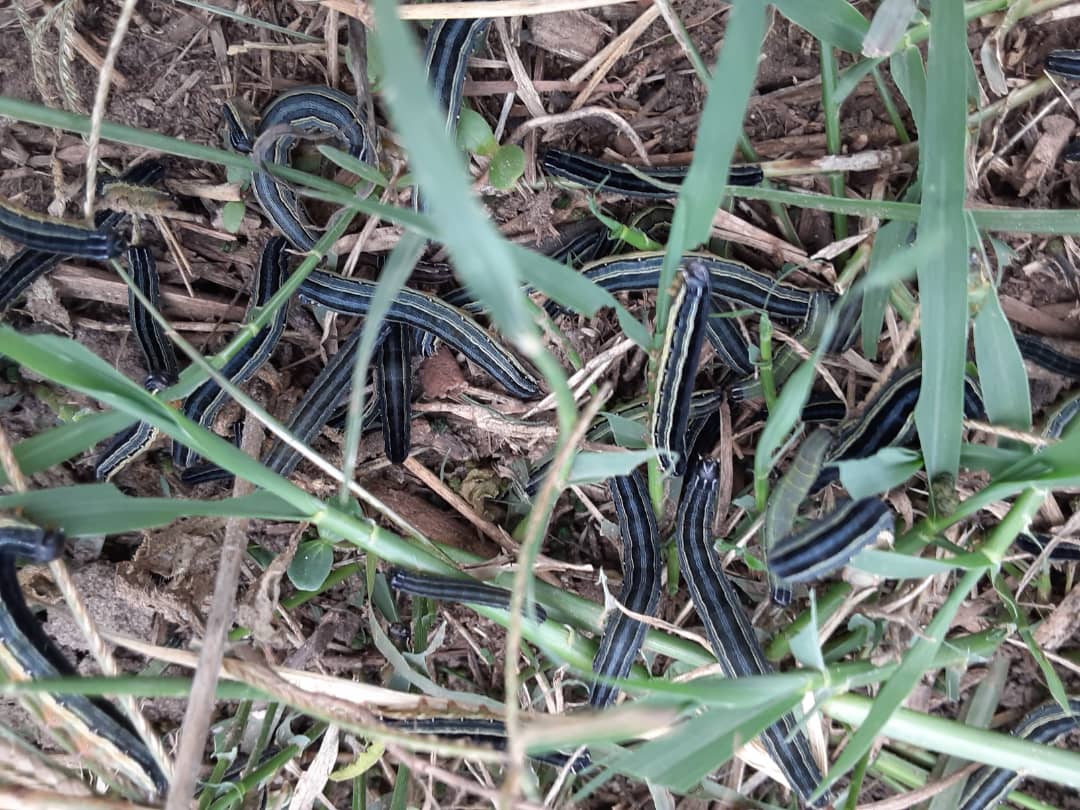 The Ministry of Agriculture, Animal Industry and Fisheries (MAAIF) has confirmed the outbreak of ‘African Army-worm (Spodoptera Exempta). African Army Worm is a pest associated with cereals and grass/pastures. Charlotte Kemigyisha, the public relations officer of MAAIF said the pest has so far been reported in 12 districts including; Luwero, Mukono, Wakiso, katakwi, Bukedea, Bugweri, Serere, Busia, Bugiri, Mityana, Kiryandongo and Namutumba. She said the ministry has taken note of the outbreak through the department of Crop Protection Department. Speaking to WallnetNews, Kemigyisha advised people in the affected areas to put in place measures of controlling the pest. She said the measures include spraying using an insecticide called Cypermethrin 5EC- 100-120mls mixed in 20lts of water. She added that MAAIF will support these districts with insecticides and pumps for demonstrations by working with the production and marketing teams at district and sub-county levels. It is however expected that it will be suppressed by the rains. She said the outbreak/invasion is as a result of climate change.