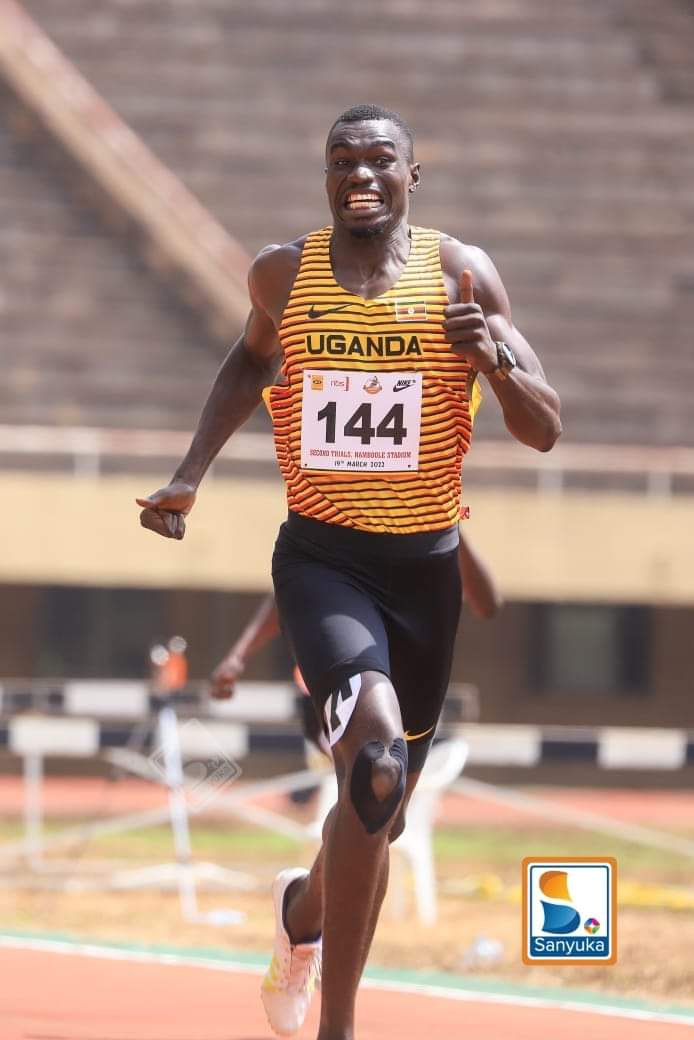 Adoli Haron has been voted the best player from Lango by the Lango Sports Press Association’s award (LASPA), for the month of March following impressive performances during the month ended 31st March 2022.
In the month of March, Adoli a 400m runner clocked 46.4 and became number one, as he automatically qualified to represent Uganda in African Seniors Championship which will take place in Mauritius in June.
In other qualifiers that were conducted on the 19/03/2022 he clocked 46.59 and became the first to hit the qualification mark for the Commonwealth games and World Championships which will be held in Birmingham in UK and Oregon in USA due in October and November this year respectively.