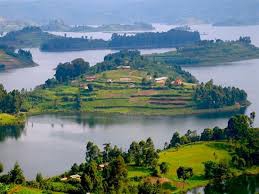 KABALE — Marine Police in southwestern district of Kabale is searching for a body of an 18 year old identified as Promise Ahumuza. It is alleged Ahumuza drowned when the local canoe she was traveling in together with the father and sister capsized.

According to Kigezi Police spokesperson Elly Maate, the incident happened today morning at Lake Bunyonyi when Christopher Kaganga, who was traveling on water and the canoe got filled up with water as a result of strong wind, but the survivors continued holding the canoe until they were rescued but the deceased got tired after she tried to swim in vain.

The deceased is a resident of Kashenyi in Kamuganguzi sub county Kabale district. Information obtained indicates that the trio were traveling from Butenga area in Kitumba sub county where they had gone to collect sweet potatoes. Promise Ahumuza was a student of Buhumba foundation college.

The Police and other locals are still on search of her body but people have been advised to always use water safety precaution measures of putting on life jackets whenever they are using water transport to avoid such incidents.