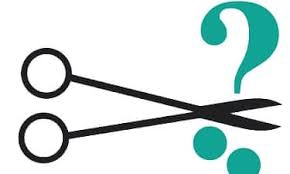 An angry mob in southwestern district of Rubanda on Tuesday this week cut off male genitals of their fellow accused of Adultery. The victim has been identified as Lazio Tugumisirize aged 48 years, a resident of Mukirwa cell, Nyamabale Parish, Ikumba Sub-county Rubanda District.

It is alleged that, on the night of Tuesday 31, the one Lazio Tugumisirize fell in love with a lady only identified as Vanis who happened to be a wife to Mr. Sunday that is currently working in Kampala.

According to the eyewitness, at around 9pm, Tugumisirize was seen convincing Sunday’s wife and later entered into the house upon which some concerned locals arlarted the in-laws. The in-laws also informed neighbors and converged at the house. They entered the house by force only to find the two in a sinful act.

The action attracted the charged mob which was armed with spears, pangas and logs that embarked on beating him heavily before cutting off Tugumisirizes’ genitals. Eye witness further added that the lady escaped to her ancestral home which is a neighbouring Villages of kakyamuhoro cell due to fear for her life

In a telephone interview with WallnetNews, the chairperson Lc1, Mr Banyenzakyi Leodinus, described the action as unfortunate but also said that Tugumisirize is a senior rapist and a man who has been terrorizing women in the village and to some extent, he would buy for them local waragi before lurering them into such heinous acts.

He added that Tugumisirize never made any statement at the police and up to now he is still insisting that he was attacked by unknown thugs on his way home not in the adultery.

The Chairman explained that this has been his first time to have such an incident in his village and the act should be a lesson to all the women and men in the village.

He added that it’s absurd that men of integrity are the ones practicing adultery and called upon Husbands to involve themselves in productive activities rather than Adultery.

Information we got is that, Tugumisirize is a married man with a wife and six children. He is currently admitted at kabale regional referral Hospital