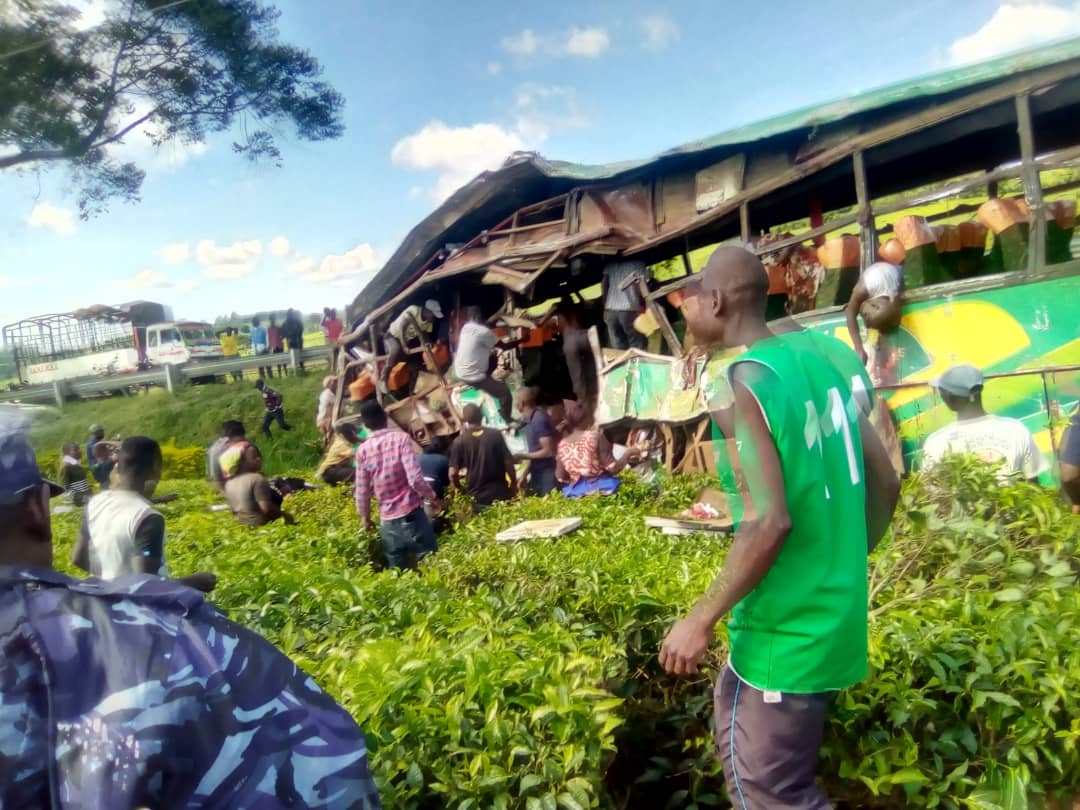 Fort Portal
It was tragic on Wednesday morning  as a passenger  bus Reg. No. UBA 003S belonging to Link Bus services failed to negotiate a corner when the driver lost control and overturned several times leading to death of more than 20people and many are nursing severe injuries in different hospitals within Fort portal, according to traffic police. However, according to eyewitness accounts from the accident scene, the number could be more than the one communicated by the Police

The bus was from Bundibugyo heading to Kampala.
This accident happened at Sebitoli, 15km on Fort portal – Kyenjojo road. Of the 20 people who died, 7 were males, 6 females and 7 children according to the Police statement.

Several rescue services including red cross, traffic police, UPDF and other locals helped so much to remove the bodies from the wreckage and also take the injured to the nearby hospital in Fort portal.

Police says investigations are ongoing to establish the cause of the accident but according to eye witnesses, the bus was on high speed and it failed to negotiate the sharp corner.

The member of parliament for Fort portal central Division Alex Ruhunda who came to the scene shortly said parliament should pass a policy that requires drivers of long routes to be tested before they embark on their journeys and check their vehicles whether they are in a road worthy state.

In a related development, residents along Mbale -Tirinyi road woke up to yet another horror of a fatal accident that claimed the lives of 8people in which 3vehicles were involved in an accident. Bukedea North police Spokesperson Alaso attributed the cause of accident to over speeding.