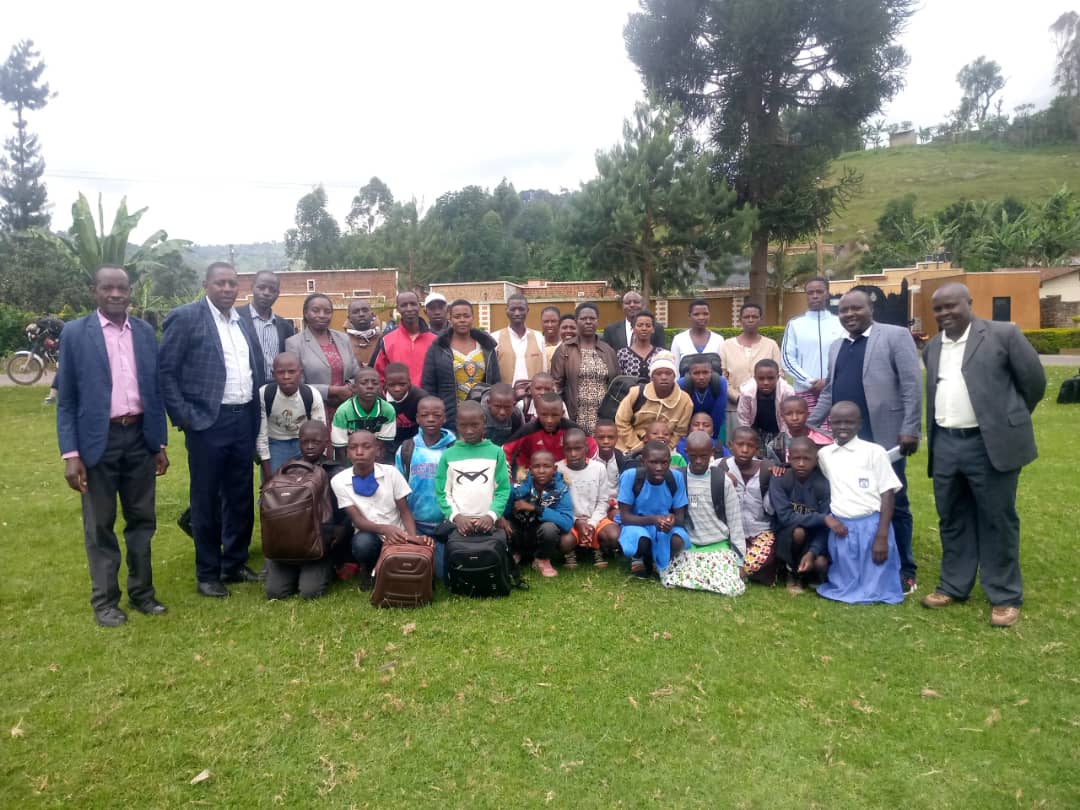 24 Athletes Under U – 12 Flagged off for Kids Athletics Championship

By Evans Najuna
RUBANDA — A team of over 24 kids Athletes under (U) 14 and U-12, were on Monday this week flagged off to represent Rubanda district in National championship.
The National Kids Athletics Championship is slated for 19th to 26th April 2022 in Mbale City. This team of kid Athletics started today Tuesday afternoon and had assembled at  Bubaare playground to embark on their journey. They were led by the Rubanda District Sports officer, Moses Matsiko together with the games teacher of Kataraga primary school, Moses Rwanfiizi, who will be responsible for taking care of male kids, and Justine Musiimenta from Rubanda mixed Primary School, who will be responsible for taking care of female kid participants.
Speaking at the function to flag off the team at Bubaare playground, the sports officer Matsiko noted that they have managed to participate in national competitions after getting support from different stakeholders and well wishers including fund from the district budget, Rubanda district Headteachers of Primary School Association and other supports from political leaders including the Rubanda West MP Kamuntu Moses Mwongyera who contributed 300,000 shillings, the Rubanda LC5 Chairperson Ampeire Steven Kasyaba who also contributed 200,000 shillings, while the Rubanda district Secretary for Education and Health Obed Mutatiina Kitabutuuka contributed 100,000 shillings,  to enable the team participate successfully in Mbale City.
He added that the team was selected after the district organized preliminary competitions from the school level to the District level in preparation for the National Championship.
Flagging off the team, the Rubanda district Secretary for Education and Health Obed Mutatiina Kitabutuuka who represented the district leadership commended the Athletic team for showing up their talents that made them to represent the district at National level. He however asked them to show discipline once they reach Mbale City.