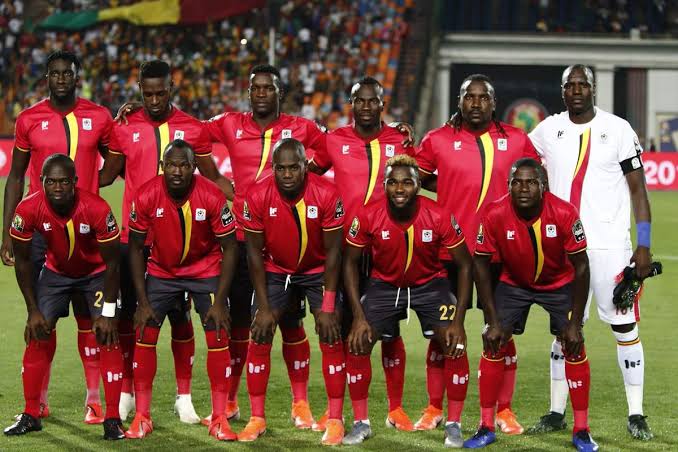 Uganda Cranes have been drawn in Group F of the Total Energies 2023 Africa Cup of Nations (AFCON) Qualifiers where they will face neighbors Tanzania, West Africans Niger and North Africa giants Algeria.

The draws were held on Tuesday night in Johannesburg.

Uganda will need to at least finish among the top two teams in their group in order to make it to the finals that will be held Ivory Coast.

After missing out on the FIFA World Cup and a dismal display at the 2021 AFCON, Algeria who are the FIFA Arab Cup holders will seek for an absolution and will be Uganda’s biggest challengers.

Uganda on the other hand will seek to return to the final after missing out on the Cameroon event last time out.

Neighbors Tanzania will put up a good show as well and so will Niger but Uganda who have had a few build up matches in the recent past will hope to be in great shape when the qualifiers kickoff.

Kenya and Zimbabwe were also included in the qualifying draws despite being banned by FIFA over government interference.

However, CAF have set a deadline of mid May for the bans to be lifted or the countries will be barred from taking part.

The initial/preliminary round held months ago featured the lowest ranked teams as listed in the recent FIFA rankings, playing on a home and away basis.

The preliminary round was played by knock-out system from home and away matches and it included the
less ranked teams in accordance to the FIFA ranking.

The teams that qualified from the preliminary round reached the group stage composed of 48 teams and it from here that 23 teams will advance to the finals to join hosts Ivory Coast.

The first two qualifying matchdays are scheduled between May 30 and June 14, with two more rounds between September 19 and 27 and the final two next year from March 20-28.

Ivory Coast, who staged the tournament in 1984 when it comprises just eight teams and was won for the first time by Cameroon, will host a 24-team event next June and July.

The Ivorians hope home advantage will help complete a treble after becoming African champions in 1992 in Senegal and again in 2015 in Equatorial Guinea.

Since the Cup of Nations was expanded from 16 teams to 24 three years ago, six stadiums are required and Abidjan (two), Bouake, Korhogo, San Pedro and Yamoussoukro are the Ivorian choices.

On a visit to the west African country this month, CAF president Patrice Motsepe was updated on the stadium building and refurbishments.

The South African heard that good progress had been made except for the Stade Felix Houphouet-Boigny, formerly the main Ivorian stadium but now second in size in Abidjan to the new national stadium.

40 yrs old man murdered by his own…